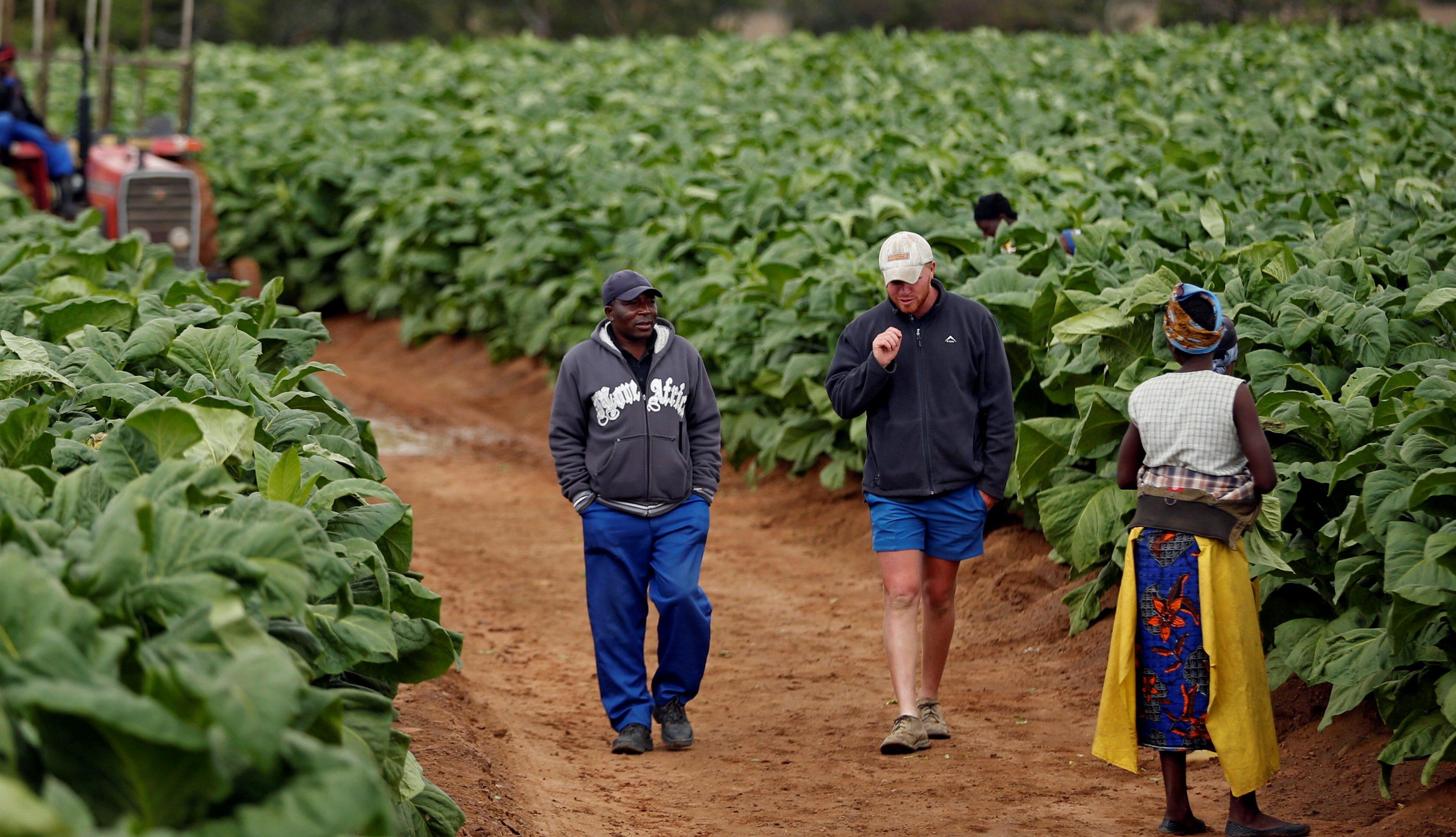 Farm workers chat during the harvesting of tobacco at Dormervale farm east of Harare, Zimbabwe, November 28, 2017.

Finance minister Mthuli Ncube said he had set aside 53 million Zimbabwean RTGs dollars ($18 million) to compensate the farmers, but the full compensation package of $30 billion is yet to be mobilized.

An estimated 4,000 farmers were evicted during a much-criticized Land Reform Program which was implemented in 2000 under president Robert Mugabe, who was removed from office in November 2017 after nearly 40 years in power.

President Emmerson Mnangagwa’s government is hoping to resolve the contentious land issue to restore cordial relationships with Western countries which went sour after the land reform program which resulted in sanctions on some top government officials and selected government institutions.

Addressing the gathering at National Sports Stadium for the 39thIndependence Day celebrations, from British colonial rule, in Harare on April 18, Mnangagwa said the Land Reform Program was “irreversible but the constitution required paying the farmers who lost land for improvements done on land”.

But the white farmers are threatening not to cut a deal with the government as they argue there should be a better way of resolving the issue of land itself. One of the issues at stake is some of the white farmers claim they acquired their farm land in fair dealings with local landowners after independence.

“We need to find a way about it,” said Ben Purcel Gilpin, Commercial Farmers Union director. “In Matebeleland, for instance, records show that a significant number of farmers whose properties were acquired by the state actually purchased those farms post- independence and many with certificates of no present interest from the government.”

“Given the reality that the constitutional provisions under which farmers made investments post- independence  have changed after such investments have been effected, it is reasonable for farmers to seek a way that deals with such issues,” said Purcel Gilpin. He said around 1,000 applicants had been received for the interim payment and he was hopeful the actual process for the disbursement of the ZWL53 million set aside by government would be finalized shortly.

But even if the white farmers were satisfied with the arrangements Zimbabwe’s government faces internal backlash from within its own cabinet and the ruling Zanu PF party.

Zimbabwe’s information deputy minister Energy Mutodi said for the white farmers to claim compensation for the land itself was “unacceptable” because, he said, historically the land had been stolen from black Zimbabweans.

“Whoever gave them those title deeds had robbed the land from our ancestors. It is our land and it shall remain our land, generation after generation,” said Mutodi. “The whole reason why the liberation struggle was fought was to regain ownership of our land that we had been dispossessed of by white settlers.”

Zanu PF Youth League secretary Pupurai Togarepi said the idea of compensation began during the implementation of the Land Reform Program and the ex-commercial white farmers should only be compensated in terms of the constitution which calls for compensation for improvements done on land only and not for the land itself.

Julius Malema, leader of South African opposition party EFF, told journalists in Johannesburg earlier this month that Mnangagwa was a “sellout” who was “reversing the gains of the revolution struggle” and said the ex-commercial white farmers did not deserve any compensation.