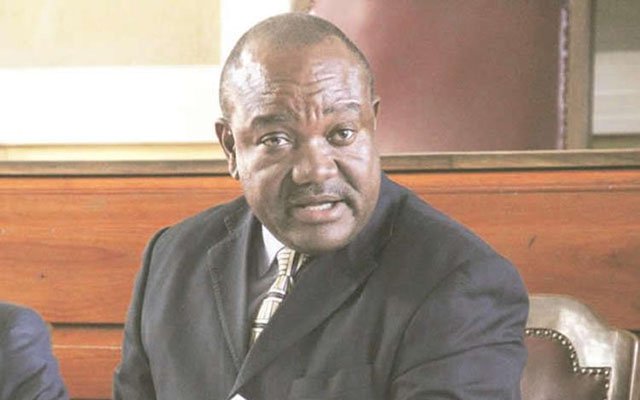 Innocent Ruwende and Virginia Kashiri
The European Union (EU) has given Harare City Council until April to complete the $450 000 Mbare biogas project, which is expected to solve the garbage problem in the suburb.

The project was supposed to be completed in 2016, but it has dragged on with the city now seeking volunteers and consultants to complete the project after it cancelled its contract with Synlak, which was carrying out the project. The project received a 350 000 euro grant from the European Union, while the city also chipped in with the remainder of the money.

European Union (EU) ambassador to Zimbabwe Mr Philippe Van Damme, who toured the project with the mayor Councillor Bernard Manyenyeni yesterday said he would be happy if the new April deadline was met.

“If it is finished by April, I am fine. We had this site visit to make sure that things can be finalised by April so that we can launch the operational side of this project. We will have a new project which we believe will be launched at the same time,” he said.

“We will launch another project with save the Children Trust to help the city of Harare to sensitise communities here to develop waste management policies, which will feed into this biogas structure.”

Clr Manyenyeni said it was another case of contract failure.

“We are not where we want to be, obviously this is evidence of contract failure. There are performance issues on display that the performance has not been there. What we are here for is to jump start the project from failure to revival,” he said.

“We now have set targets and made commitments to our partners and our sponsors, which is why we are here. We are going to be monitoring this project on a fortnightly basis to see whether we can meet the new target that was set.”

Clr Manyenyeni said the city had cancelled Synlak contract to restart the process on a different platform through engaging experts on a voluntary basis and consultancy. The city’s Works Department chief engineer Mr Calvin Chigariro said the major aim of the project was to improve sanitation in Mbare and showing that electricity could be generated from waste.

“The project is going to involve separation of waste by the Mbare community from the Mbare vegetable market and adjacent areas. It will also be expanded to include other vegetable markets around the city,” he said.

“This project was supposed to end during the first quarter of 2016, but due to contractual delays, the work is not complete and various extensions have been agreed. The city is now taking a different approach to engage experts and complete the project.”

The plant is expected to generate 100 kilowatt amps of electricity and generate organic manure to be sold to farmers.