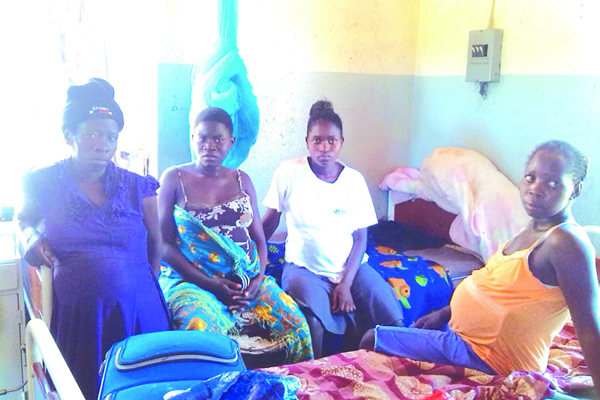 The suspects allegedly used an open window to sneak into the maternity home where three pregnant women were sleeping.

One of the women survived the rape ordeal by escaping from the facility.

The Community Youth Development Trust (CYDT) said the disturbing incident exposed the plight of pregnant women in the province with regards to access to sexual reproductive Health Rights (SRHR).

“The raping of two pregnant women at a hospital’s maternity home by two men in Matobo district last week  serves as evidence of CYDT findings in relation to the plight of pregnant women in the province,” Bongiwe Dube, the Matabeleland South CYDT information officer said in a statement.

The CYDT commissioned a “Needs Assessment” survey in December to understand the local trends on the access to and availability of SRHR services in Gwanda, Umzingwane and Matobo districts.

In its findings, the CYDT said lack or limited access to SRHR were a result of unavailability of health centres, lack of prioritisation of SRHR services by local health centres and limited or lack of knowledge by rights holders as to where teenagers can look for SRHR services among others.

“The organisation is saddened by the continued lack of health facilities in Matobo district and other provincial districts which has a direct effect on expecting mothers as they cannot afford to walk over 15km to and from the nearest clinic,” Dube added.

“The way in which the two men accessed the health facility (through a window) also exposes the limited protection of pregnant women since this is not the first time in which they are a target of sexual abuse at local hospitals.”

In June, unknown suspects besieged a maternity waiting home at Manama mission hospital in Gwanda before kidnapping and detaining a pregnant woman for three hours.

The shelter has no security details manning the premises.

“CYDT demands the strengthening of security services and measures in local hospital which will enhance the security and protection of pregnant women,” Dube said.