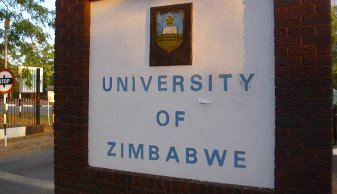 HARARE – The Gays and Lesbians of Zimbabwe (Galz) have initiated a study
in State universities, exploring the harassment of sexual minority
students and the resultant impact on their academic learning.

This week, the Daily News accessed a questionnaire designed for students
at the higher learning institutions, including the University of Zimbabwe
and the National University of Science and Technology which states, as
part of the study protocol, that it seeks to support an all-inclusive
education sector in Zimbabwe.

“The proposed documentation of the `campus climate’ is meant to contribute
to the development of an Inclusive Education Policy which will provide
guidance and a support framework that enables the implementation of
inclusive education in Zimbabwe,” reads the questionnaire.

“Specifically the intention is to create an inclusive educational system
that ensures that every learner achieves their potential and lives a
productive and fulfilled life including lesbian, gay, bisexual,
transgender, intersex, and questioning learners.”

In June this year, Galz made a call for expression of interest on the
current baseline study.

Although Zimbabwe’s Constitution prohibits same sex marriages, it is
silent on gay relations.