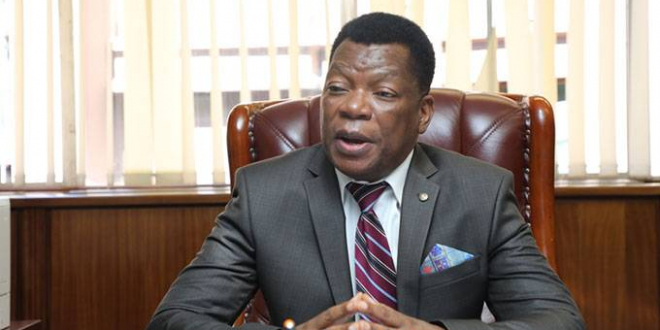 THE glaring legal deficiencies in Prosecutor-General Kumbirai Hodzi, who was preferred for the job despite faring poorly in public interviews held in 2019, were exposed on Thursday when High Court judge Justice Tawanda Chitapi asked him to go back to the law school and familiarise himself with the country’s statutes after he spectacularly bungled a bail appeal in a high-profile robbery case.

Justice Chitapi said he was taken aback by Hodzi’s failure to comprehend legal fundamentals when making an appeal.

He also said it had worryingly become the norm for officials at the National Prosecuting Authority to rush to courts armed with poor applications.

“The applicant is advised to familiarise his office with important judgments of this court and the Supreme Court on key operational areas of law like bail generally. I have no doubt that the applicant may well have been advised not to mount this unmeritorious application,” Justice Chitapi said.

“Having commented adversely on the ineptitude shown in the handling of this application, the comments being an aside, I determine that having taken account all the documents filed of record and heard counsel in argument, there is no merit in this application at all. Resultantly, the application is dismissed.

“It is important for purposes of this application that I comment that the above order was granted after the learned judge had read the documents filed of record and hearing counsel’s submissions, meaning that both the applicant’s counsel Mr Kasema and the respondent’s counsel Maheya addressed the learned judge on the parties positions in the matter.

“Ordinarily, once the court pronounces itself and passes judgment in a matter before it, the court, judge or magistrate who has made the order becomes functus officio (of no further legal effect).”

“The applicant has averred firstly that the issue of the prosecutor having to first obtain consent of his superiors is an administrative act which is part of internal operations within the applicant’s establishment, viz the National Prosecuting Authority. Section 269 (1) (a) of the Constitution provides that the applicant is independent and is not subject to the direction or control of anyone. Therefore, unless the administrative arrangements in that office become public law, the court will not pry into them,” he said.

During the 2019 selection process, Hodzi was handpicked for appointment by President Emmerson Mnangagwa despite having failed to score the required 70% mark. The top performers, Calvin Mantsebo, who topped the list and Tinomudaishe Chinyoka, who came second, were not considered as government settled for Hodzi who came a distant sixth in the interviews.