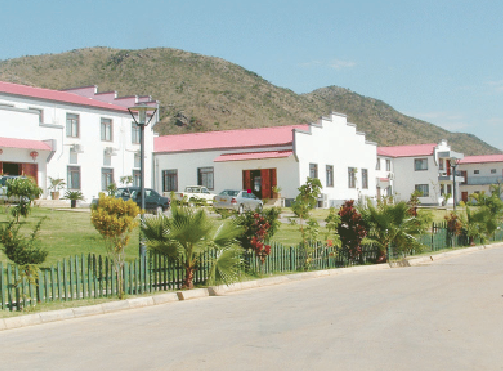 GOVERNMENT is reviewing a report from an investigation undertaken by Anjin Investments, which was partnered by the local military, detailing how the miner was prejudiced in excess of US$2 million through massive asset-stripping and looting, two years after its mining licence was controversially terminated, the Zimbabwe Independent can reveal.
According to the report, the rampant asset stripping and looting continues unabated.

The probe to determine the extent of the financial prejudice Anjin Investments suffered comes barely a week after the Supreme Court ruled that government is obliged to re-license Mbada Diamonds, after the miner was also controversially booted out of Chiadzwa, along with other six mining firms.

The concessions of all the companies, except Anjin Investments, were subsequently merged under the Zimbabwe Consolidated Diamond Company (ZCDC), an outfit formed by government to undertake conglomerate mining after the rapid depletion of alluvial reserves following the discovery of vast diamond reserves in 2000.

Sources close to the investigations say Anjin Investments, which is also on the verge of being relicenced following the Supreme Court landmark ruling on Mbada Diamonds, had submitted detailed report from an investigation it had concluded focussing on the asset stripping and looting at the miner’s premises.

“The investigation was done and the preliminary report was submitted to government for a review,” the source said, adding that Anjin would seek recourse from the courts, to recoup their loss.

“We are still counting the losses and the looting has not stopped.”

Anjin’s shareholding is constituted by Anhui Foreign Economic Construction Company Ltd of China (Afecc) and Matt Bronze, an investment vehicle controlled by Zimbabwe’s military.
Anjin has maintained its presence in Chiadzwa though without operations after it filed an application at the Constitutional Court challenging government’s decision to terminate its mining rights.

As a result of the abrupt termination of mining operations, Anjin has since laid off part of its workforce to rein in an unsustainable wage bill which is being footed by revenue generated from its subsidiary, the Golden Peacock Hotel in Mutare.

The miner had a staff complement of close to 2 000 employees when it was still operating, but the figure dropped to about 400 when operations were suspended, an 80% cut in its workforce

In Zimbabwe, Anjin’s investment portfolio includes the three-star Golden Peacock Hotel in Mutare, while it also has interest in Harare’s Long Cheng Plaza mall through Afecc.

After suspending operations, Anjin was directed to surrender its diamond stockpile which was auctioned by the Minerals Marketing Corporation of Zimbabwe.

Subsequently, the miner received its share of earnings after government had deducted taxes.

During its three year presence in Chiadzwa, Anjin Investments sank an estimated US$225 million to set up a conglomerate mining plant, among other expenditures.