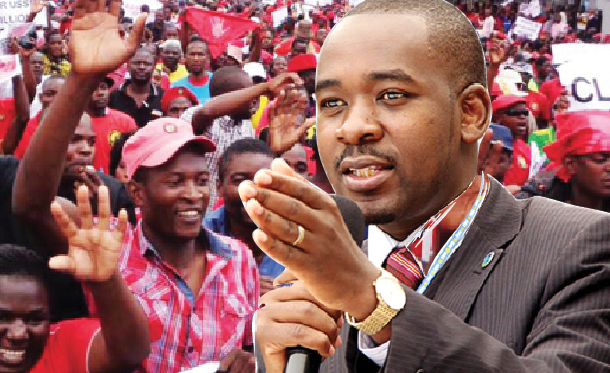 Uproar has erupted among the opposition MDC Alliance, Zimbabwe Electoral Commission (Zec) and the police over the law enforcement officers’ clandestine and illegal voting in Bulawayo yesterday, which has marred the critical 2018 general elections from the start amid vote-rigging fears.

MDC Alliance principal Tendai Biti told journalists yesterday that police officers had voted at Ross Camp in the city in the absence of Zec officials, polling agents and election observers in violation of the constitution. “Today on the 12th of July (yesterday) there has been massive voting at police cantonments around the country in particular at Ross Camp police station in the city of Bulawayo where thousands of members of the Zimbabwe Republic Police are casting their vote,” Biti said.

He said, as a result of the unprocedural voting by the police, they will today file an urgent court application against Zec.

He said it was beyond reasonable doubt that Zec was either fraudulent or incompetent, or both, and should therefore be challenged and exposed as a result.

Quizzed on whether he had any evidence that police had indeed voted, Biti said they had evidence from police officers who had participated in the elections. Biti said they had received “alarm calls from law enforcement officers as early as 9am yesterday”. He added that their agents had managed to eventually stop the electoral process.

However, Zec acting chief elections officer Utloile Silaigwana claimed Biti’s complaints were “hogwash”. “This is hogwash and very stupid propaganda because in the first place they have photos of a police officer standing near a ballot box yet with postal voting a voter doesn’t use a ballot box,” Silaigwana told a state-owned local daily in its online edition yesterday.

“Postal is an individual who says I am applying for postal voting and he or she is given a ballot paper in an envelope and he returns it sealed. This is cheap propaganda without substance at all. This is coming from a person who doesn’t even understand the process. The pictures they put have nothing to do with postal vote and these people just want to cause despondency in the country.”

ZEC commissioner Qhubani Moyo later confirmed on social media that the police had indeed voted. “After speaking to Senior Assistant Commissioner Makodza, ZRP commander on 2018 elections about police postal votes, he says some police officers who applied for postal votes because they will be out of their stations on election day administered their postal ballots in secrecy in Bulawayo today,” Moyo said.

“The process will happen all over the country and in diplomatic missions but these ballots should be at Zec HQ by 16 July 2018. There is no requirement for Zec to be present when individuals vote, Zec meets their ballots when they courier them to the CEO, who in turn sends then to respective polling stations where they are opened on election day and counted with the rest of the ballots casts on that day!!! 7000 Zimbabweans qualified for postal votes for this election.”

In a statement yesterday, the commander of the Police 2018 Harmonised Elections Committee, Senior Assistant Commissioner Erasmus Makodza, denied that police officers were in violation of the law.

“The Zimbabwe Republic Police wishes to set the record straight and allay fears of vote-rigging by police officers as claimed in some social media messages which are circulating,” Makodza said.

“The correct position is that some police officers will be performing security duties in other provinces which are not their normal work stations. Thus in terms of section 72 of the Electoral Act, the concerned police officers will exercise their right to vote through the postal ballot system which is being administered by the Zimbabwe Electoral Commission.

“In fact, the total number of police officers who applied for the postal ballot does not go beyond 4 000.

“The rest of the police officers will actually cast their ballots on 30th July 2018 as earlier revealed by the ZRP command and Zec in numerous meetings and workshop briefings.”
l Meanwhile, the Supreme Court will today preside over the hearing and determination of an appeal by Zec against a High Court ruling compelling the electoral body to provide the provisional voters’ roll for inspection.