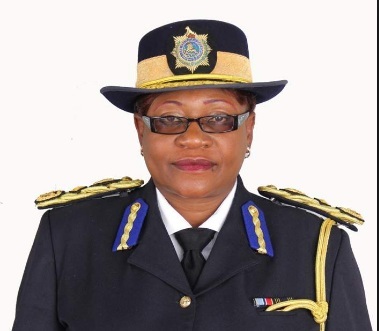 HARARE – Police have arrested one man captured on video in Zanu PF regalia
while firing live bullets into the air.

Police spokesperson Charity Charamba told the Daily News that they have
since launched a manhunt for his other accomplices.

Their video has gone viral on social media in a development that has
raised fears of an escalation of violence ahead of the crunch July 30
elections.

The video show the thug shouting: “Harare massive, Hatfield massive, nyika
tatora, ndivo vanhu vataifamba navo ava, these people used to beat up
people. Chibaba,” he says pointing to President Emmerson Mnangagwa’s
picture on his T-shirt, before he fires a gun into the air and his
colleagues briefly run away before coming back.

Charamba said: “We have arrested one individual who is helping us with
investigations and upon the completion of the investigations we will be
able to identify whether he is a bona fide Zanu PF member or not.”

She was, however, quick to dismiss allegations that the youths belong to
Zanu PF on account of the ruling party regalia they are donning on the
video.

Charamba said: “There is no way they could have done that so openly when
the president (Mnangagwa) has been on record preaching peace.

“I doubt that the youths are Zanu PF members because we have had several
cases of people who abuse political party paraphernalia to just get
attention but we want to warn members of the public and political
activists to desist from such criminal behaviour because we will not
hesitate to arrest them regardless of who they are in society,” she said.

Charamba said the country’s law enforcement agents, they will not tolerate
elements that disturb other people’s peace before, during and after the
July 30 elections.

“It is clear from the video that the people are smoking something illegal
in public and we are coming down on them because again, that is criminal,”
she said.

On its part, the Zanu PF youth league in Harare province is also sweating
over the youth’s identity.

Zanu PF youth league chairperson for Harare, Godwin Gomwe, said that his
executive was still investigating the matter in a bid to identify the
culprit.

“I am still in the process of gathering information to establish who that
person is, to find out if he is a bona fide member of our party and that
if he is he a member of this province or which district in the province
does he hail from,” Gomwe said, adding he suspected that ruling party
rivals were behind the damaging video.

“This is election period and anything is possible. People can put on our
regalia just to paint us black, so that is why we are calling for the
person’s arrest whether he is one of us or is not. We have listened to the
president’s call for peaceful coexistence and anyone who does anything
that threatens peace is certainly not one of us,” said Gomwe.

This comes as the man in the video has been identified on social media as
Trevor J Kudenga.

“Such crimes and criminals are being documented. We will leave no stone
unturned in our investigations. Criminals deserve nothing other than jail
time,” Chamisa posted on his Facebook Page.

Newer Post
The voice of the people is the voice of God
Older Post
Breaking: Langton ‘School boy’ Tinago dies