‘Impose stiffer penalties for people who cause veld fires’ 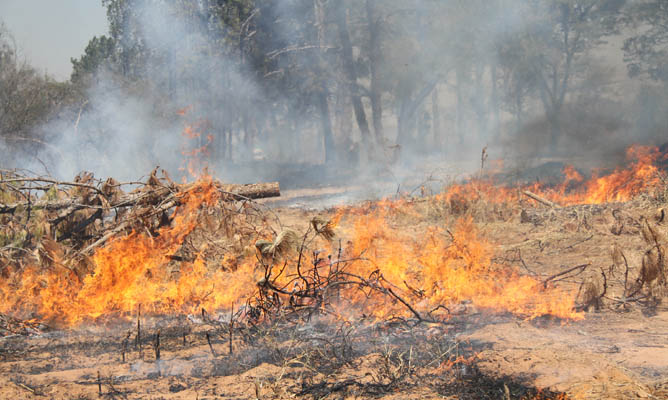 Senators have called for stiffer penalties on people who deliberately start veld fires.

They made the call after the presentation of a report by the Thematic Committee on Sustainable Development Goals on Veld Fire Management. The legislators also urged farmers to make fireguards to protect their farms from veld fires.

Mashonaland West senator Joseph Chirongoma said the law with regard to veld fires was weak, and urged Parliament to legislate heavy penalties on people who cause veld fires.

“It is my wish that we impose hefty fines on those who are caught starting fires. In most rural areas, there is no problem as much because there is not much grass, but on the farms, there is a lot of grass,” he said.

The call comes at a time when Zimbabwe, one of the most fire-prone countries in Africa, has been losing one million hectares of land to veld fires during the fire season which runs from July to November annually.

The fires are largely caused by humans for various reasons such as reckless disposal of lit cigarette stubs, smoking out of bees for honey harvesting, hunting and improper disposal of household ash, among other causes.

Veld fires have led to severe environmental degradation through destruction of soil cover, thereby exposing the land to soil erosion.

Chirongoma said farmers should make sure that farms are divided by fireguards so as to minimise the impact of veld fires.

“Let us deploy officers who go to these farm areas and teach people about veld fires. People should be taught on how to safeguard this. If we are not careful, animals are being destroyed by these veld fires.”

MDC Alliance senator Jane Chifamba said: “Farmers expect livelihoods from trees, assisted in building houses but all those dreams are shattered because the fire would have destroyed everything.”

“It is my plea to this House that people are fined hefty fines because they would not have put fireguards on their farms. I don’t know if it is that people are lazy to put these fireguards. Some people are starting fires with the intention of harvesting honey,” Chifamba said.