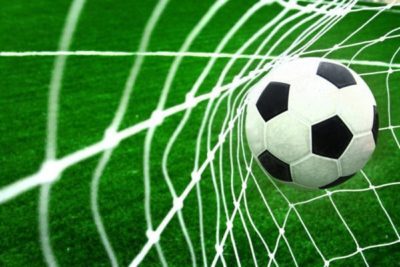 The Zimbabwe Premier League was scheduled to have started recently, but due to the outbreak of the coronavirus pandemic, it has been put back by 60 days instead. This has led to a number of issues, affecting everything from the coaches’ plans to how betting sites are going to deal with the postponement of the league’s launch.

To help you keep up to date with everything that’s going on, we have covered all of the latest news related to the Zimbabwe Premier League right now.

The Zimbabwe Premier League is in a much better position than most other soccer leagues around the world, as it hadn’t started before the decision was made to suspend it. As a result, this isn’t a situation where the league is almost finished and important aspects need to be decided. Instead, it’s a little bit simpler: the Zimbabwe Government just decided to postpone the start of the league, after banning gatherings of more than 100 people to slow the spread of the coronavirus.

At the moment, there’s not a huge amount of information about what’s going to happen available to fans. But what we can be sure of is that FC Platinum will be disappointed now that their league defense has been put back by at least two months. After winning the previous three titles, they will have been expecting to have a good shot at winning a fourth title in a row.

Since the curtain came down on the Zimbabwe Premier League last season, a lot of teams have been looking for ways to close the gap on FC Platinum. One coach in particular has dedicated his off-season to improving his skills, in order to give his players the best chance possible of breaking the FC Platinum stranglehold on the league.

Tonderai Ndiraya of Dynamos spent some time in Belgium during the off-season. He used this time to take in the coaching methods of teams out there, as well as picking the brains of Vincent Kompany. When the Coronavirus lockdown was first announced, he was hoping to use all of this experience and knowledge to his advantage.

He believed that he could spend the additional 60 days with his players and do some intensive work on the training pitch. Unfortunately for him, the lockdown meant that all of the players had to take individual training plans based around keeping their fitness at a good level.

Although he’s disappointed at not being able to work with his players on the training pitch, Ndiraya has said he understands the government’s stance and recognizes that the health of the nation has to come first. Even the most dedicated fans would be sure to agree with him. We all have to take care of each other during this difficult time, even if that means delaying the activities and events we love most.

Even with the league currently suspended and the whole world transformed by the coronavirus, Ngezi Platinum Stars have still taken the time to announce their squad for this coming season. The team will feature 29 players in total, and is mainly made up of the core of players from the 2019 season.

However, there have been some additions to the squad too. These are expected to improve the overall quality and help the Platinum Stars to make a better showing than they did last year.

This transfer system has worked well for many teams all over the world, so fans should be hoping for the best. Instead of wholesale changes and trying to mesh a new squad all at once, a few new players are brought in each season to slowly improve the squad and create a team that can challenge for honours.