HARARE – Jacob Ngarivhume, the main organiser of anti-government protests slated for July 31 was denied bail by a Harare magistrate on Thursday. 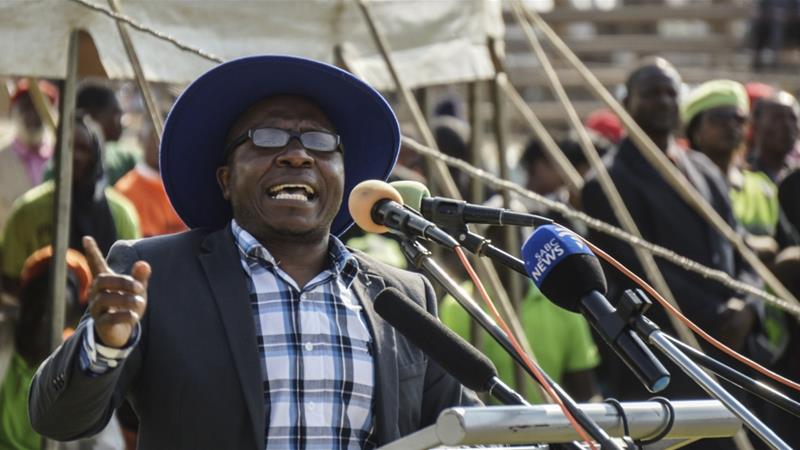 “From the reading of the allegations, it’s clear that the accused is not encouraging the public to conduct a peaceful demonstration. The right to demonstrate is not an absolute one,” Utahwashe said.

“There’s a written law in terms of Covid-19 regulations in Zimbabwe which limits people’s rights to demonstrate, gather or loiter. The fears of the investigating officer that if held the demonstration will be riotous is well-grounded and cannot be dismissed. It’s a matter of life and death.”

The magistrate said language used by Ngarivhume on Twitter was “confrontational”, adding the investigating officer “cannot be faulted in his fears” that the planned protests would turn violent.

Ngarivhume was remanded in custody to August 6.

His lawyer, Moses Nkomo, described the magistrate’s ruling as “strange” and “funny”.

“It’s a funny finding, but that’s what the court has ruled. We’re going to appeal against this strange decision. We’re going to be approaching the High Court at the earliest time to secure his freedom,” Nkomo said.

Prosecutors have presented three tweets by Ngarivhume which they said was a call to a violent protest.

In one, he wrote: “On the 31st of July I am proposing a national demonstration. People are suffering so that Mnangagwa can live out his fantasy to be a president. As people we need to think logically.”

In a second tweet, he wrote: “Today I spent the day meeting and consulting different stakeholders, mobilising for the #31July movement. I met with top bishops, Ian Makone, Shingi Munyeza, Elton Mangoma and Cde Godfrey Tsenengamu. The buy-in is growing, corruption is in trouble and hope is on the way.”

The third prosecution exhibit is a flyer which carries Ngarivhume’s picture and the words: “This is not politics, it’s a matter of life and death.”

The flyer adds: “We have been patient, tolerant and quiet. But these corrupt criminals are destroying our future. Let’s bring our suffering to the government’s attention, let’s come together as citizens and say ‘enough is enough’!”

Meanwhile a bail hearing for journalist Hopewell Chin’ono resumed Friday morning after he spent a fourth night in prison.

Chin’ono was arrested on the same day as Ngarivhume, also accused of inciting public violence using his Twitter account.