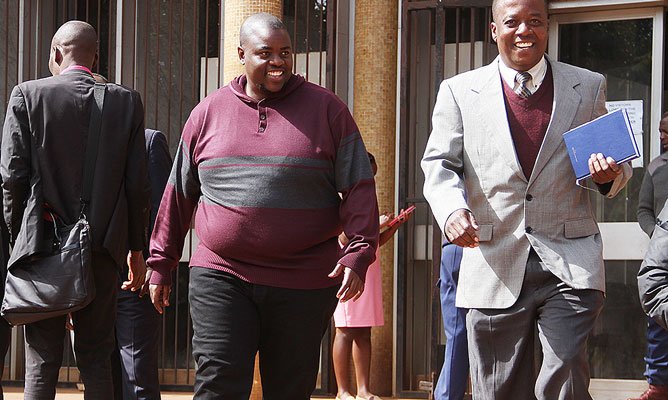 BUSINESSMAN Wicknell Chivayo, who was accused of defrauding the Zimbabwe Power Company of $5,6 million in a Gwanda Solar project deal, yesterday left the court a free man after his acquittal was formalised at the magistrate court.

Chivayo, who was jointly charged with his company Intratrek Zimbabwe, was last week acquitted by the High Court on the same matter after he took the case for review of his application for exception to the charges, saying the facts did not disclose an offence.

He was also acquitted of violating the Exchange and Money Laundering Act.

The matter was marred by the no- show of the anti-special prosecutor Zivanai Macharaga, who was representing the State in court.

Chivayo’s defence, led by Advocate Silvester Hashiti and Wilson Manase, suspected that the State wanted to remove Chivayo from remand as it was considering appealing the High
Court judgment.

It was heard that Macharaga had advised the defence to come back in June when he will be back at work, as the State wanted to appeal the judgment and was not available to hear the formalisation of the acquittal.

However, Hashiti told magistrate Lazini Ncube that he was appearing only as a courtesy after the High Court had already made a ruling on the matter.

“We were remanded to this date and this matter needs to be completed and formally closed. We are here to be formally excused. Instead of waiting for the registrar and the clerk of court, we are here to hand over the High Court order as courtesy,” Hashiti told the court.

Chivayo’s application for exception was dismissed by the magistrate, who had said he had to defend himself on the allegations raised by the State in court. But the businessman
sought a review of the magistrate’s ruling at the High Court.

High Court judge Owen Tagu, however, ruled in Chivayo’s favour and said the State’s case was weak. Justice Tagu ruled that even if the charges and outline were to be proven, no criminal offence would have been proven.