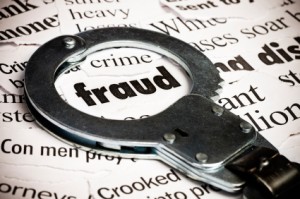 HARARE – MDC Alliance’s parliamentary candidate for Mutare North, Godfrey
Munyamana, who was suspected to be on the run over an alleged $380 000
fraud case after failing to pitch up for court proceedings, has
successfully cancelled his warrant of arrest.

The businessman was issued with a warrant of arrest after he failed to
appear for trial before Harare provincial magistrate Elisha Singano on
June 14, 2018.

In his application to have the warrant of arrest cancelled, Munyamana
advised the court that he was sick on the day and produced proof to
substantiate his claims.

“My client has proof that he checked into hospital to seek medical
attention on the day that he was expected to come to court. I submit that
the default was not wilful and pray that the court cancels the warrant of
arrest which was issued,” Munyamana’s lawyer, Rungano Mahuni, said.

However, prosecutor Michael Reza had argued that Munyamana was in wilful
default and only approached the courts to cancel the warrant after media
reports that he was on the run.

“Why did the accused person not come on the earliest possible date if he
is being honest? The proof he brought shows that he went to the hospital
and was discharged that very day. His warrant of arrest ought to be
confirmed and a default fine ordered,” Reza said.

Allegations against Munyamana relate to a botched sale of a house to one
Frank Humbe who later realised after trying to move into the property that
it had been sold to other parties.

The State alleges that he was subsequently prejudiced $380 000 and the
criminal proceedings are running parallel to a deed of settlement that the
two entered, which is pending before the High Court.

In the civil case, Munyamana claimed Humbe had not made full payment and
an agreement had been sought for him to move out of the property once the
balance was cleared.

Mahuni has questioned why Munyamana’s wife, Fadzai, has been dragged into
the fraud issue, yet the matter was between her husband and Humbe.

However, Reza argued that Fadzai was charged after the State established
that she was party to the fraudulent transaction because she had signed an
agreement of sale as a witness.

Reza further claims that after receiving the money, Fadzai conspired with
her husband to terminate the agreement, despite receiving the full amount
of $380 000 from Humbe.

According to Reza, sometime in 2013, Munyamana and his wife advertised
their house and Humbe expressed interest.

The court heard that Humbe later met with Munyamana and after negotiations
he eventually paid $380 000 to the couple, but they later failed to vacate
the premises and the matter was taken to the police.