Before police controls began, congestion was the order of the day as the small roundabout was overwhelmed by increasing traffic and also by drivers who ignored road rules.

Some drove dangerously against oncoming traffic all in a bid to escape the congestion.

But now, each day from around 6.30 am and at 5pm up to when congestion eases, police from Warren Park station take their positions at the notorious roundabout and begin to control traffic.

The Herald caught up with some motorists and passengers to hear their views.

Blessing Sibanda, from Norton said the deployment of the police officers at the roundabout is commendable. 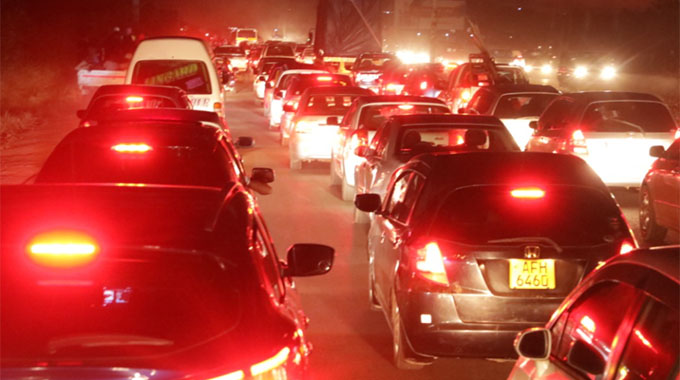 Before police controls began, congestion was the order of the day

“The presence of the police at the Warren Park D roundabout is a good. Police are a doing a sterling job.  I now get home early as congestion has eased. Traffic is now moving swiftly along that route,” she said.

Sibanda applauded the police for controlling the traffic.

“The police are so organised that they control traffic from all sides of the road at that roundabout,” said Sibanda.