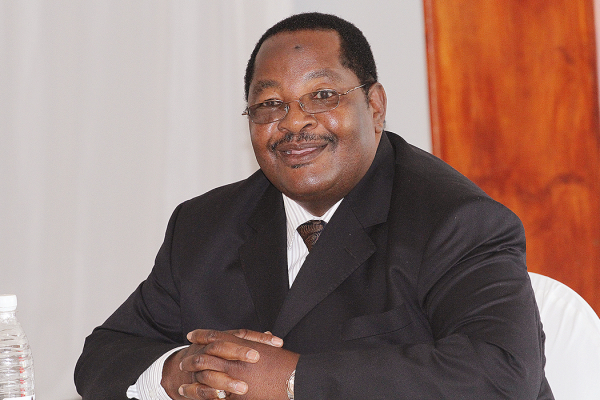 HOME Affairs minister Obert Mpofu has declined to testify in a case in which Ntabazinduna chief, Felix
Nhlanhlayemangwe Ndiweni, and 23 villagers are accused of destroying a villager’s fence and kraal.

Mpofu was expected to testify in the case in which the chief and some of his subjects are accused of destroying the complainant’s property.

Chief Ndiweni allegedly ordered villager Fatti Mbele to surrender his wife to her family following adultery claims but the latter defied the order.

The chief’s lawyer, Dumisani Dube, recently submitted that Mpofu must be subpoenaed to testify in court following indications by the chief that he had influenced Mbele to file criminal charges against them.

Mpofu did not appear at court on Monday but filed an affidavit declining to testify.

“I have learnt through the Press and after perusal of the court record involving Felix Ndiweni and others that Ndiweni applied to have me summoned to court to testify in his defence. I know nothing about the matter between Felix Ndiweni and the State. I was not present when the alleged offence was committed or reported. It is unreasonable that Felix Ndiweni wants to use me as his defence witness when he repeatedly insulted me during his evidence in chief and cross-examination,” Mpofu wrote in his affidavit dated July 6.

He said he had nothing to say in Ndiweni’s defence.

The matter however stalled following indications that one of the accused persons, Mark Nkomazana (67), had died.
It was remanded to July 23 with Dube insisting that Mpofu should appear, failure of which a warrant of arrest should be issued against him.