The government needs to act over the crisis in Zimbabwe to ensure a stronger economy, as both South Africa’s and Zimabwe’s economies are intertwined, writes Mpumelelo Mkhabela.

Source: Mpumelelo Mkhabela | For the sake of our economy, South Africa needs to act over Zimbabwe | News24 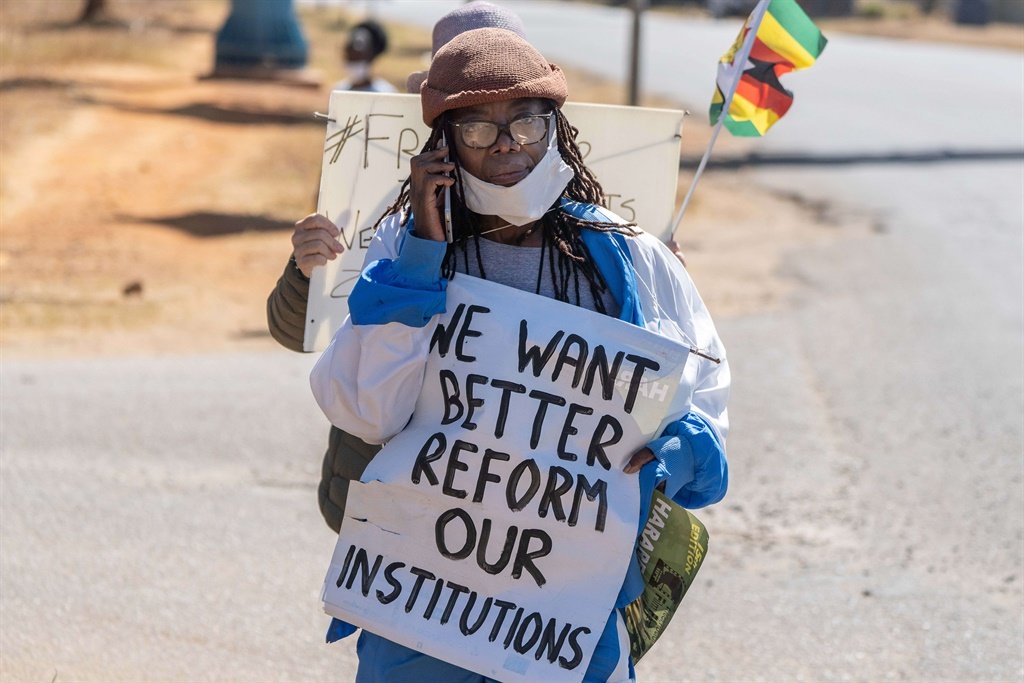 The South African government needs to act over the crisis in Zimbabwe to ensure a stronger economy, as both South Africa’s and Zimabwe’s economies are intertwined, writes Mpumelelo Mkhabela.

Zimbabwean President Emmerson Mnangagwa threatened to “flush out” his opponents who mounted peaceful protests against the country’s deteriorating political and economic situation.

His policy of “flushing out” is reminiscent of the apartheid era of torture, lengthy detentions and disappearances of political opponents. It is also a brutal reminder of Marumbatzvina – Robert Mugabe’s operation law-and-order strategy of 2005 that led to suffering of many Zimbabweans in the informal economy.

Mnangagwa has no sense of irony. He has not thought of what would have happened had Mugabe succeeded in “flushing” him out while he was running to exile in South Africa via Mozambique. Some of the people he threatened to “flush out” were on the streets celebrating the end of the Mugabe era on 21 November 2017, paving the way for Mnangagwa.

They had hoped for change from the days of Murambatzvina and political oppression. Alas, Mnangangwa has proven that a leopard and its spots are inseparable. So, the political-cum-economic crisis of Zimbabwe continues unabated.

Impact on the rand

Whenever there were signs of political stability, the rand would accordingly appreciate and stabilise. Mugabe, the war veteran-in-chief, also influenced the value of our currency. Whenever his government threatened to undermine property rights under the pretext of fighting British Prime Minister Tony Blair, the rand would depreciate.

The currency volatility continued for a few years, driven by investor sentiments towards Zimbabwe. In the whole of southern Africa, only Zimbabwe seemed to matter more to investor confidence – or lack thereof – in ways that had direct impact on South Africa’s economic fortunes. It was almost as if investors looked at South Africa and the region as a whole through the Zimbabwean window.

In response, South African government leaders were at pains to explain that the two countries were distinct. This was captured in President Thabo Mbeki’s statement: “Zimbabwe is not a province of South Africa.”

This response was used in two ways. Firstly, to reject calls for South Africa to intervene directly in Zimbabwe political affairs. The response paved the way for the execution of the infamous “quiet diplomacy”, a soft-pedalling approach not to embarrass Zanu-PF.

Secondly, it was used to dissuade skeptical investors not to put South African and Zimbabwe in the same political risk basket. What was happening in Zimbabwe, so it was said, would not happen in South Africa. South Africa had a strong Constitution, so they said, as if Zimbabwe had never had one.

The smart sanctions imposed by Western countries targeting a few Zimbabwean leaders did not help the situation. They aided to the investor negativity and triggered belligerence of the ruling elite.

The Zimbabwean economy declined to the point where the South African currency decoupled. The rand stopped reacting to developments in Zimbabwe. It meant that the economic ties between the two economies had become too weak in relative terms to have an impact on South Africa’s exchange rate.

Zimbabwe had lost economic weight in relation to South Africa. At its height, Zimbabwe was home to a number of foreign companies that were also invested in South Africa.

The trade statistics between the two countries reveal Zimbabwe’s decimated economy. South Africa’s exports to Zimbabwe grew by 213% between 2001 and 2019, to US$1.9 billion. During the same period imports to South Africa increased only by a paltry 2% to US$173 million.

The trade numbers graphically illustrate the collapse of the productive capacity of the Zimbabwean economy, as a consequence of bad politics. Zimbabweans today import the most basic necessities. In the absence of foreign currency this adds to the unbearable cost of living.

To add to the economic decline, the country has little control of economic instruments such as monetary policy because it has no currency to speak of. Whenever it launches a currency, its value crashes immediately due to a combination of three factors: oversupply, weak economic productive base and, most importantly, lack of trust by economic players.

The South African government’s claim that Zimbabwe is not a province of South Africa is de jure true politically. But it is practically false in many respects from an economic perspective.

In South Africa it helps to push down labour costs due to oversupply of labour as Zimbabweans cross the border in search for whatever piece job they can find. The minimum wage imposed in South Africa is undercut by labour supply from Zimbabwe and the rest of the region.

It’s nearly impossible for unskilled South Africans who disappear from the schooling system to compete with skilled Zimbabweans who, owing to the deplorable economic situation at home, are willing to bargain for less income in South Africa.

But the fight for scarce job opportunities in light of South Africa’s own economic crises makes the government’s silence over the deteriorating political situation in Zimbabwe dumbfounding. South Africa has a direct interest in a politically stable Zimbabwe, a prerequisite for economic growth and job creation.

It is only a growing Zimbabwe that can indirectly lift wages of South Africans who operate in the casual, unregulated labour market. And it is only when the South African government reacts strongly to human rights abuses that we would be assured we are not going the Harare route.

– Mpumelelo Mkhabela is a former parliamentary correspondent, editor of the Sowetan and political analyst.