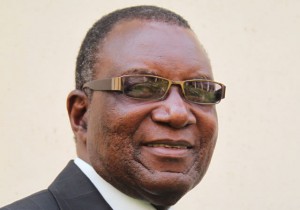 HARARE – Transport minister Jorum Gumbo has been accused of stalling
progress at the Zimbabwe National Roads Administration (Zinara) by
refusing to implement recommendations made by international audit firm
Grant Thornton.

Gumbo ordered a forensic audit on the operations of the Zinara in June
2016 when he assumed the ministerial post amid growing speculation that
the road fund was being abused.

The internal forensic audit, which was concluded last year, exposed
massive financial abuse at the parastatal, including payment of $71
million and R31 million to contractors cherry-picked without going to
tender, among many other irregularities.

The audit report not only revealed that the road fund could have lost
thousands of dollars to senior executives who occupied dual positions and
reportedly withdrew mega benefits from the parastatal under unclear
circumstances since 2014, but also recommended a need for enhanced
efficiency to unlock value in the financial systems of Zinara.

People familiar with operations at the parastatal expressed concern at the
fact that despite the “fantastic job” done by Grant Thornton, Gumbo
surprised everyone when he appointed an independent commission “to
investigate the work” done by the audit firm.

“It boggles the mind that the minister has the temerity to disregard an
audit he ordered by appointing a new commission. The motive of this new
commission is unclear and I’m sure is meant to cover up the findings.
Operation Restore Legacy should be applied to Zinara to clean up
operations,” the source said.

While Gumbo was not immediately available for comment, he recently told
the media that the independent commission was expected to come up with
recommendations on government’s next course of action at Zinara.

“The findings by the independent committee, will decide our next course of
action . . . at the moment we can’t agree or disagree with the findings.
But after their assessment we will know what to do.

“In order to bring closure to the forensic audit findings, I have now
instituted a committee of experts to look into operations of companies,
which dealt with Zinara in their operations,” he said in November last
year.

A senior official at the Transport ministry said the commission’s
investigations were expected to be completed by end of last year but
nothing has been communicated.

“What is the minister doing about this? Is he now part of the rot at
Zinara where some of its top team including finance director Simon
Taranhike, administration director Precious Murove, finance manager
Shadreck Matengabadza, operations director Moses Juma  and Givemore Kufa,
members with cases of corruption pending before the courts,” the official
said.

This was after the Zinara board last year suspending labour hearings
against some Zinara managers who were implicated in corrupt and fraud
activities.

“The same board is also trying to withdraw the criminal cases against
these managers. What type of corporate governance is this that condones
corruption? We are urgently appealing to President Emmerson Mnangagwa and
the Zimbabwe Anti-Corruption Commission to investigate the rot at Zinara,”
said a Zinara board members who refused to be named.

“We urgently need Operation Restore Legacy at Zinara in the interest of
the nation. We need a complete overhaul at Zinara,” the official added.

The report unearthed that Plumtree-Bulawayo-Harare-Mutare project with a
contractual sum of $206 million financed by Development Bank of Southern
Africa was a prejudice since such amount was not paid to the government.

This project has also other contracts which are unknown to the government
at the time the agreement was signed.