No re-runs in Midlands province 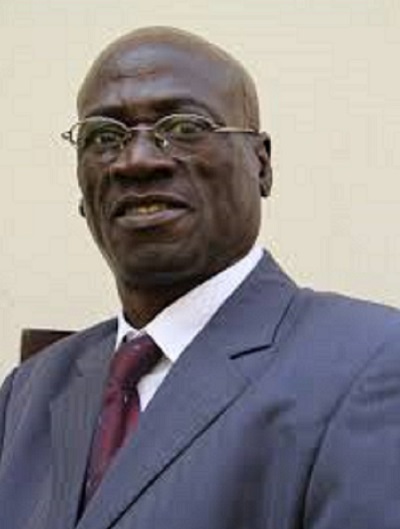 Mildlands Bureau
ZANU-PF will not hold re-run primary elections in the Midlands Province as earlier announced despite some candidates being erroneously omitted from ballot papers in the Women’s quota for Mberengwa and Shurugwi-Zvishavane constituencies.

Speaking during a Zanu-PF Midlands Provincial Co-ordinating Committee (PCC) meeting in Gweru yesterday, the party provincial chairperson, Engineer Daniel McKenzie Ncube said Zanu-PF will not hold re-runs for the two despite earlier announcement that there will be a re-run.

Eng Ncube said there was a directive from the national commissariat that there were no re-runs for the two Women’s quota constituencies.

“We are yet to finalise on the candidates for the Women’s quota. There were concerns earlier that some candidates could not find their names on the ballot papers. This was mainly due to the fact that some of the candidates had earlier been disqualified but were later considered and it was communicated late. From the communication I got from the commissariat, indications are that there won’t be any re-runs in the province,” he said.

Business was temporarily brought to a halt as rowdy youths suspected to be supporting Cde Chrispen Tomu, a losing candidate in the Chirumhanzu-Zibagwe primary elections caused chaos when they protested against the declaration of provincial youth deputy chairperson, Cde Prosper Machando as the winner.

It had been earlier announced that Cde Tomu had won the primaries but the results did not include three other party districts that had failed to vote on the day of primary elections. The votes were later compiled the following day following the completion of the voting process and it emerged that Cde Machando had garnered more than 5 000 votes against 3 500 amassed by Cde Tomu.

“If you have grievances let us communicate through the proper channels of communication. We should not embarrass ourselves by being rowdy and uncontrollable, we are going to take it up with the national directorate,” said Dr Gumbo.

He implored party members to be united so as to ensure a resounding victory for the party in the forthcoming elections.

Meanwhile, Zanu-PF Bulawayo provincial chairperson Professor Callistus Ndlovu yesterday said the party needs to do things differently in the province to fancy chances of winning in the forthcoming harmonised elections.

Addressing a Provincial Co-ordinating Committee (PCC) meeting at Davies Hall, Prof Ndlovu said new strategies should be formulated for the party to dislodge the opposition in its urban stronghold.

“In Bulawayo we have always lost elections. We need to change our strategy. This time we need to develop a new approach, we need a paradigm shift in our campaigns for us to win the election,” he said.

Prof Ndlovu urged candidates who won during the party’s primary elections to work together with the losing candidates in mobilising supporters for the party. He said Bulawayo Province would, today, hold campaign meetings in all the 12 constituencies where the party’s National House of Assembly candidates will be the main speakers.

Prof Ndlovu added that sitting Members of Parliament and Central Committee members should take the leading role in mobilising support for the party.

The party’s candidates in Bulawayo for Senate, National House of Assembly, Council and Women’s Quota were paraded before the PCC yesterday.

Biti hits back at Mnangagwa aide