It’s real. Here’s how to check

Source: No, this photo of a soldier beating up a woman is not fake – The Zimbabwean 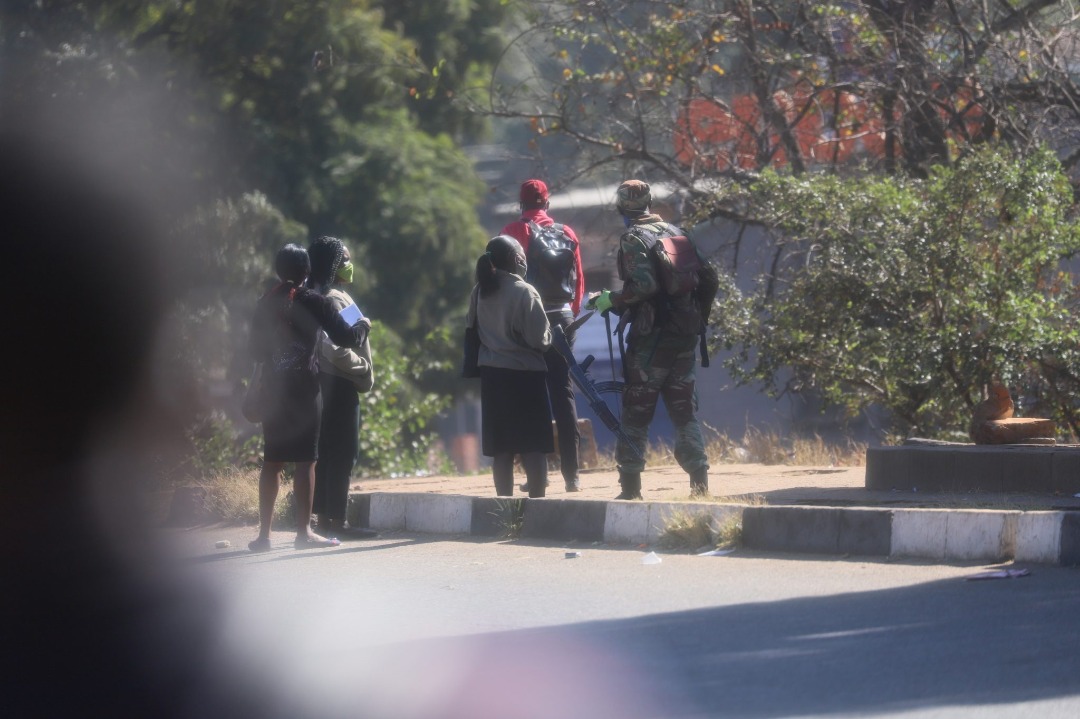 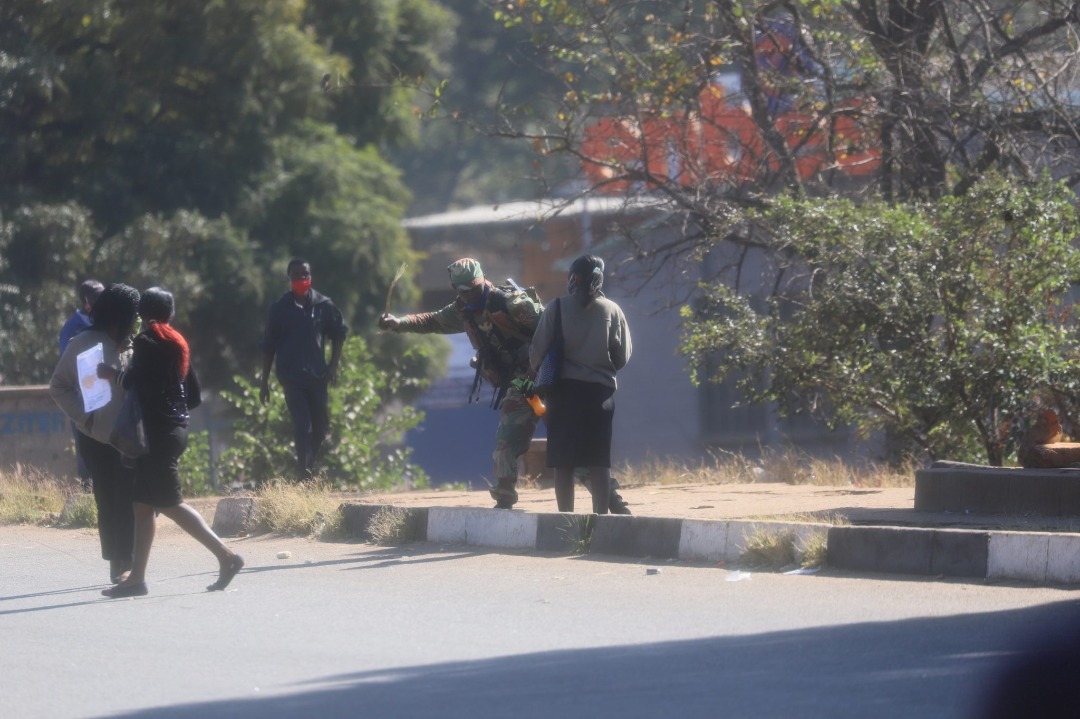 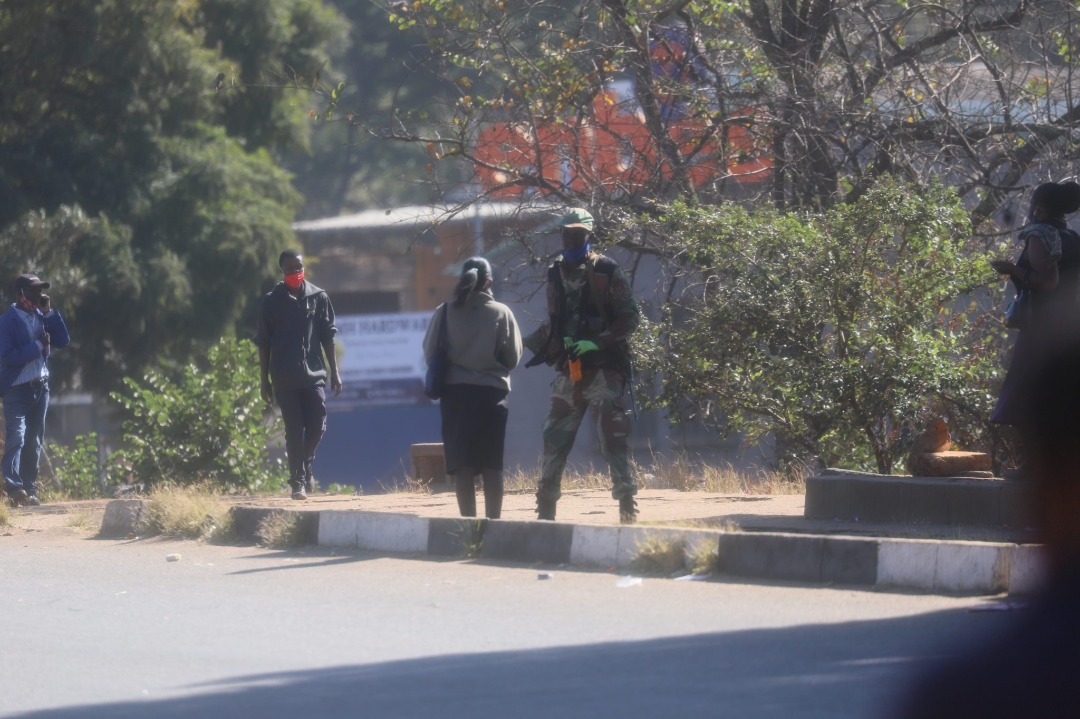 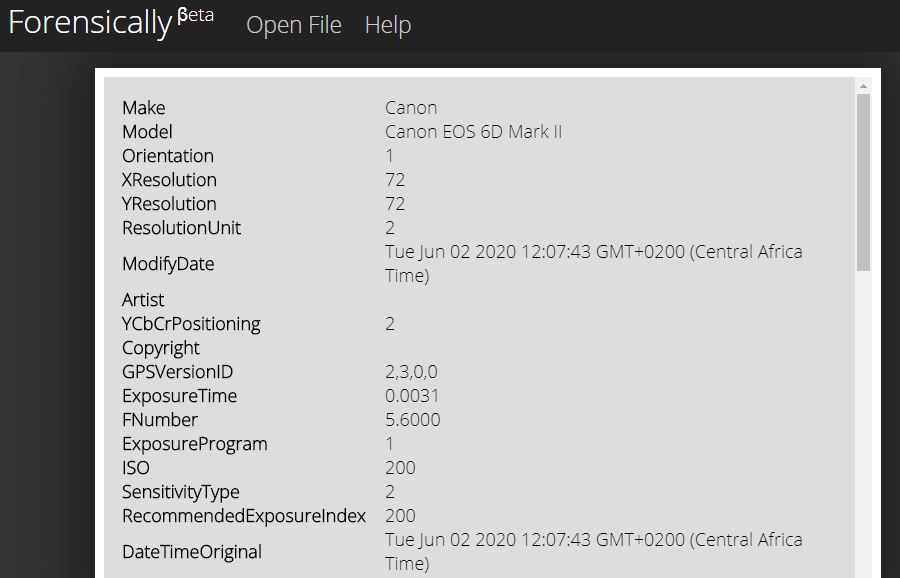 On August 8, President Emmerson Mnangagwa’s spokesman George Charamba, via his Twitter account @Jamwanda2, claimed that a photograph showing a man in army uniform beating up a woman was fake and photoshopped.

“They can’t even photoshop plausibly. They fabricate credits and superimpose them to CERTIFY LIES!!!!!,” he tweeted.

The claims were further carried by government spokesperson Ndavaningi Mangwana in an interview with the SABC (video above).

The picture is attributed to photojournalist Shepherd Tozvireva and has been published by NewsDay.

A ZimFact check however shows that the photo is, in fact, authentic, contrary to Charamba’s claims.

How do we know that the picture is real? By checking other photos of the incident, and also using freely available online tools to check if the picture was not manipulated in some way.

ZimFact spoke to Tozvireva, who said the photo is one of several that he shot on June 2, 2020, in Harare, on the overpass at Simon Mazorodze Road in the capital. This was during a campaign by security forces to enforce the COVID-19 lockdown.

A series of photos that Tozvireva took of the incident, shows the sequence of events leading up to the photo in question. In the photos, the soldier is seen approaching the woman. He is then photographed appearing to interrogate her, before he is photographed using a stick to beat her on the legs.

We publish the photo series above.

The online tool, FotoForensics, for example, uses what is called Error Level Analysis (ELA) to identify spots in an image that have been altered. With JPEG images, the most common picture format, the whole picture should have the same error level. If one spot in the picture is different, that’s a red flag suggesting the photo may have been altered. Running Tozvireva’s photo through this application showed no sign of manipulation.

Another tool, Imageedited, tells you what sort of gadget was used to take the photo, and when it was taken. Using this tool, we found that the picture was an original taken on June 2, 2020, using a Canon EOS 6D Mark II camera. The camera model is also indicated in the properties of the original images provided to ZimFact by Tozvireva.

This is confirmed by a third image forensic tool, Forensically, which indicates the image is an original from the Canon camera, as shown above.

Charamba and Mangwana’s claim that this image of a soldier beating up a woman is photoshopped is false. Using other pictures of the incident for context, and using freely available online tools, there is evidence that the picture is in fact genuine.