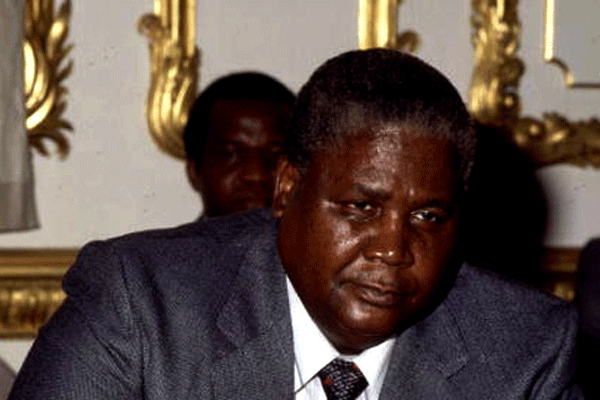 THE Institute of African Knowledge (Instak) has signed a memorandum of understanding with the Joshua Nkomo National Foundation to preserve the legacy of the late Vice-President Joshua Nkomo and make him a continental icon.

Speaking during the signing ceremony yesterday, Instak chief executive officer Kwame Muzawazi said it was imperative for them to tell African stories from an African perspective.

“Instak is a Pan African organisation that is working to tell African stories from the African perspective. We have lived for the past 500 years with wrong stories told about Africans,” Muzawazi said.

“The late Nkomo essentially fought for African people to be able to have their own voices and tell their own story in a manner that is unhindered politically.

“We are really honoured to be part of a process of amplifying his efforts within the framework of the museum of African Liberation.”

Muzawazi said the Museum of African Liberation, which is in Harare, was only host to the history of several African countries.

“These countries went through armed struggles in one way or the other. It is an institution that was 40 years overdue.

“We do not have time; we need to make sure that everything is in one place so that generation after generation can come to learn.

“There is no better way of learning than documenting the lives of those who were at the centre of African history such as the late VP Nkomo,”  Muzawazi said.

“Instak is pleased to partner with the foundation and will do everything in its capacity to ensure the foundation will enhance and reinforce efforts that are made so that it succeeds both locally and internationally.”

The Joshua Nkomo National Foundation board of trustees in its statement said: “We will be focusing on the vision of maintaining the image of Father Zimbabwe (Nkomo), who established a good working relationship with different pan-Africanists.”

Historian Phathisani Nyathi said the MoU was crucial in terms of enlightening people on African culture.

“There are people who believe that there is no knowledge in the African Continent and Africa seems to have accepted that tragedy.

“Africa is not going to go very far as long as Africans do not tell their own story from their own perspective,” Nyathi said.

“We become Africans when we begin telling our own stories.  Nkomo represented the struggle of the African people to re-acquire their lost dignity.

“People who have lost their dignity will not manage much in this world.”