Pakistan beat South Africa by 9 wickets in the third T20 match thanks to a brilliant century by Captain Babar Azam and a half-century by Mohammad Rizwan. 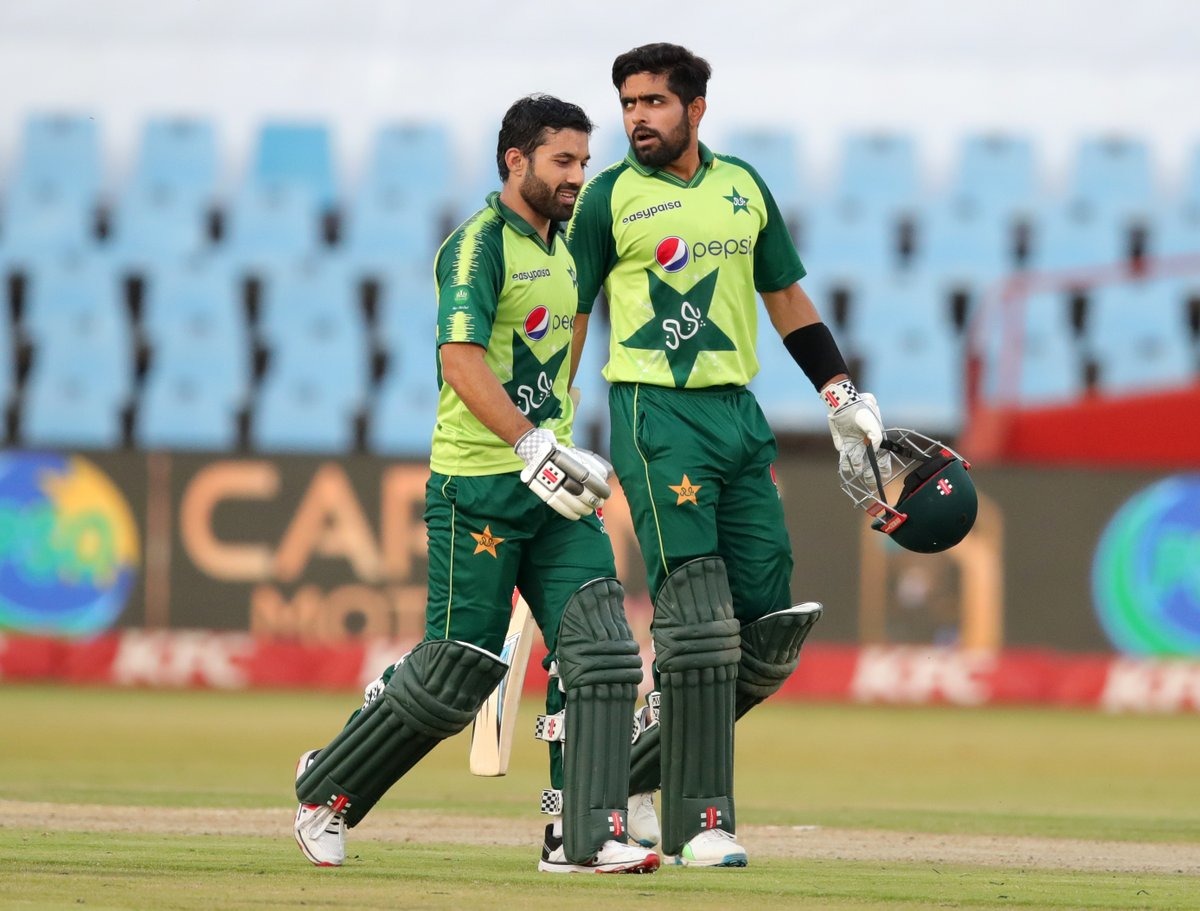 Green shirts achieved the target of 204 runs given by South Africa in the 18th over.
In this match being played in Centurion, Pakistan decided to field first after winning the toss against South Africa.

The decision of the Pakistan team captain proved to be wrong when the South African openers crossed the 100 mark in the first 10 overs without losing a wicket.

In the eleventh over of the innings, Aiden Markram was dismissed for a smoky 63-run innings, but the home team’s score did not slow down. One batsman after another came on the wicket and contributed and thus South Africa put up a mountain-like total of 203 runs on the board.

In pursuit of the target, these forms rained down on Muhammad Rizwan and captain Babar Azam Proteas in such a way that the target given to them by 204 runs also fell short for the home team.

Babar Azam played a brilliant innings of 122 runs while Mohammad Rizwan played an innings of 73 runs.

Babar Azam was dismissed for a 197-run partnership in the closing moments, but Fakhr Zaman hit two fours off two balls to lead the team to victory.Captain Babar Azam was declared the best player of the match for his excellent batting performance in the match. With this victory, Pakistan also got a 1-2 lead in the T20 series.—Wasim Qadri, Senior Journalist and television show host based in Islamabad, can be follow on twitter at @jaranwaliya