Primary polls: An chance for Zanu-PF to reform 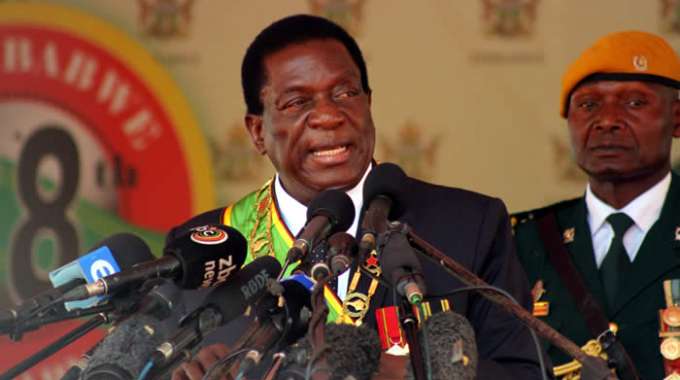 Christopher Farai Charamba Features Reporter
The President and his Government have not only called for a new way of doing business, but a new way of doing politics. Individual political interests should not supersede the interests of the State, they have argued. For these ideas to be achieved, the ruling party is one of the institutions that needs to be reformed.

Elections in Zimbabwe in the 21st Century have produced some of the more contentious moments in the country’s history.
From the constitution referendum in 2000 to the 2013 harmonised election, Zimbabweans endured periods of anxiety and anguish as they waited to vote and for their vote to be counted.

Leading to the polls, political parties canvassed the people for support.
Their members took to the streets in varied hues, donning the face of their preferred leader.
They cheered their candidates and jeered the opposition in equal measure.
The men and women vying for office stood at podiums reciting slogans and making promises. Some presented the attendees of these party rallies with gifts while others resorted to more coercive tactics to garner votes.

At this stage, the 2018 elections are no different. For what feels like an eternity, Zimbabweans have been waiting to cast their vote. The talk of elections has been ongoing for over a year now, perhaps longer.
Some eager participants even launched their campaigns with more than 12 months to go. It is yet to be seen what advantage their head start brings.

As we inch closer to July, the month in which the election is expected to take place, the race shall become more tense. The first real test for the major political parties will be the primary elections.

The zanu-pf Politburo recently approved the list of those participating in their primaries to be held on Sunday.
It is a diverse list with some candidates like Cde Joseph Chinotimba and Cde Winston Chitando standing unopposed in Buhera South and Gutu Central respectively, while other constituencies such as Mt Darwin South have up to 20 candidates contesting.
For the ruling party, the primaries test is one that sets the tone for the election in July and the future of the party itself.

There are a number of new faces that the party has attracted in these primaries. The full candidates’ list is a mixed bag, of all ages, creed and colour. A few seasoned politicians withdrew from the parliamentarian process opting to be senators instead or retired completely.

The results of the primaries will indicate what kind of party zanu-pf intends to be. These elections are an opportunity for the party to reform and modernise itself as it moves forward 38 years after independence.

Should these new aspirants succeed in the primaries, zanu-pf through an internal party process, would show itself to be moving away from its colourful past, to a different and perhaps more progressive future.
President Mnangagwa and his Government have embarked on a re-engagement process with the international community. Their mantra has been Zimbabwe is open for business. The Government is taking steps through legislation, policy and structural changes to reorganise the way in which Zimbabwe conducts its business with the hope of attracting investors to ultimately help develop the country.

The President and his Government have not only called for a new way of doing business, but a new way of doing politics. Individual political interests should not supersede the interests of the State, they have argued. For these ideas to be achieved, the ruling party is one of the institutions that needs to be reformed.

As the party with the current mandate to control Government and with the possibility of doing so post the July polls, zanu-pf needs the right brains to lead it into the future.

Zimbabwe has a growing young population and the world is fast developing with the 4th Industrial Revolution a key era in which we find ourselves.

Political parties, should reflect these situations in their leadership as they are the institutions from which government is formed.

One of the key problems that zanu-pf faced in the past was its one centre of power mantra where the buck started and stopped with former president Robert Mugabe.

This limited the amount of debate and discussion within the party as members deferred to the leadership and did not challenge his position for fear of being labelled a sell-out.

It is therefore important for the party to encourage robust engagement among its members. Ideas should lead the party and they need to create a space where the best ideas are not only brought forward, but supported and developed.
For this to happen, the party needs to elect the people with capacity to deliver both in terms of fulfilling their mandate to their constituency and in bringing ideas to the party.

These primary elections need to be about the future of Zimbabwe and not individual interests. For a party looking to perpetuate its time in Government, now is the perfect time to reform, as it embarks on its post-Mugabe era.

It is also an opportunity for the party to bring closure to the factionalism issue that brought the end of Mugabe’s reign.
It is no secret that within the party remain those who were aligned or sympathetic to the G40 faction. Some of them have put forward their names to run in the primaries and win or lose should continue to be supported by the party.

The zanu-pf leadership and those conducting the primary process should ensure that the internal polls are free and fair. A clean and open process is the only way to satisfy anybody who may have any grievances.

Once the primaries are done, party members should unite around the chosen candidates regardless of their histories. The party should see this as a clean slate to turn their focus to the forthcoming national elections and to the betterment of Zimbabwe.