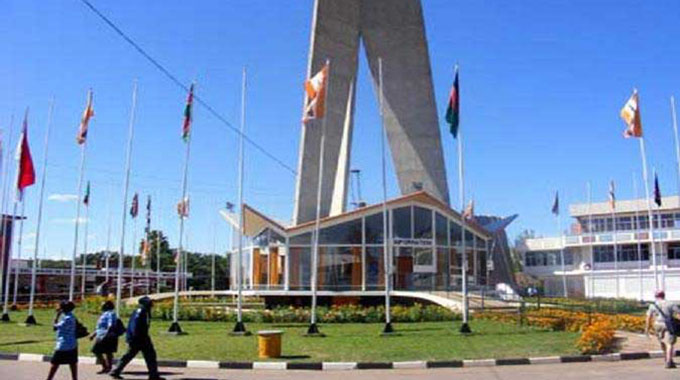 The overwhelming response by local and international exhibitors to this year’s edition of the Zimbabwe International Trade Fair (ZITF), shows that Zimbabwe is an economic powerhouse and sooner or later, will be occupying its rightful place among the community of nations.

For the past decade-and-a-half, the annual international trade showcase had become a victim of negative publicity the country was receiving from its former coloniser and its allies over some of former president Robert Mugabe’s policies.

The land reform programme and indigenisation laws were among the thorny issues that resulted in frosty relations between Zimbabwe and Western nations who then imposed sanctions on the country.

This saw a massive reduction in the number of exhibitors from traditional markets, resulting in the ZITF editions being dominated by local and regional companies.

As such, there has been serious disinvestment as many companies opted to relocate to neighbouring countries, leaving Zimbabwe as a distribution point for products, a development that contributed towards high unemployment rate and products unavailability.

However, as the country celebrates the new economic order, the complexion of the Zimbabwean economy is fast changing and developments at the ongoing international trade showcase in Bulawayo testify that.

In our Business section yesterday, we carried an article quoting ZITF chairperson Ruth Ncube as saying the firm had registered a 40 percent increase in exhibitor numbers on the back of growing investor confidence driven by the new dispensation’s pro-business policies.

There was a massive surge in the number of exhibitors, both local and foreign, who have booked space for this year’s edition of Zimbabwe’s biggest trade and investment exhibition in Southern Africa.

According to official statistics, a total of 495 direct exhibitors have registered to participate in this year’s fair, which is 40 percent more than the 356 who took part in last year’s exhibition.

She admitted ZITF 2018 was the biggest event the company had staged in recent years, buoyed by President Mnangagwa’s Zimbabwe is open for business mantra that has been buttressed by his robust foreign policy that has seen him addressing a forum for world billionaires in Davos, Switzerland.

Besides the World Economic Forum, the President has been to China, one of the world’s economic powerhouses, where he also consolidated investment deals.

This year’s edition of the annual exhibition that is running under the theme “Sustainable Industrial Development, Inclusive, Competitive, Collaborative”, has seen growing confidence in Government as seen by countries such as the United Arab Emirates (UAE) making their maiden appearances, with other countries in North Africa, Middle East and Europe returning.
The perennial participants at ZITF include Botswana, China, Ethiopia, Indonesia, Iran, Japan, Kenya, Germany, Malawi Mozambique, Namibia and South Africa.

However, all having been said and done, the story should not end there as — “a resounding success” — the usual comments from the company and Government officials.

To the ZITF company, this rejuvenated interest by old and new exhibitors should act as an impetus for it to spruce up its image and facilities in anticipation of business at future exhibitions.

The company should also speed up the construction of the $50 million Five Star Hotel and 800-seater conference centre on its premises to easy accommodation problems for exhibitors who at times end up renting houses in the locality.

To the local business community, this influx of exhibitors should be an opportunity for them to make business linkages, source markets for their products and to go global through partnerships with foreign companies.

The adage fortune knocks once on a man’s door might be true, as such missed opportunities might be rued forever.
Government appears to be the major beneficiary as this renewed interest on the country means an endorsement of its new policies.

This international trade showcases should be a huge opportunity to market Zimbabwe as a safe tourist destination, the arts and culture segment and some of its economic policies that appear to have been embraced by many countries globally.
This year’s ZITF exhibition, therefore, should mark the beginning of a new era that is characterised by a massive economic rejuvenation.