Source: Reloaded: The US$3 billion land heist | The Standard 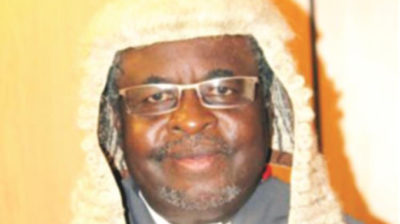 You will remember the pomp and fair on December 10 last year when the Zimbabwe Land Commission chair, Tendai Uchena, presented a summary of his agency’s findings from a countrywide investigation into urban state land use.

President Emmerson Mnangagwa was there, complete with his clumsy scarf. VPs Constantino Chiwenga and Kembo Mohadi were also there. Of course, they no longer have the appetite to don the presidential scarf, so they didn’t have it on. Many other people who are supposed to be important were there too.

There is a big snore and long yawns now, because the excitement that came with that ceremony when Uchena presented the commission’s executive summary of the land audit is long gone. It’s worse. Everyone seems to have gone home to sleep the moment the ceremony ended.

The summary presented acres of recommendations, but no-one is remembering anything. And even that executive summary seems to have disappeared with the main and provincial reports that are supposed to form integral parts of the national land audit that the commission completed and presented in early December 2010.

What we know about the audit report, as given in the executive summary, is that the state lost almost US$3 billion of urban land that was invaded or sold by home-seekers, the so-called war veterans, developers, trusts and cooperatives. Zanu PF politicians also took away a substantial chunk of the land cake, bribing voters ahead of elections.

This is a serious indictment on the central government, local authorities and Zanu PF. If things had been handled properly, that’s the kind of money that would have built state-of-the art hospitals in every district, dualised the main highways and built a number of dams. With those priceless findings by the commission, we were expecting lots of energy and haste on relevant authorities, but, boy, Zanu PF governments never change their bad stripes.

As pointed out in this space well before Covid-19, Mnangagwa put a heavy lid on the land report. All the responsible commissioners, save perhaps for the chair, don’t have it. The president and a few chaps in the Office of the President and Cabinet have it. The Justice and Lands ministries have it under lock and key.

The report was also given to ZBC and Zimpapers, but coverage of the report was frozen immediately after. That’s the reason why you haven’t heard much about the Uchena audit findings.

It’s pretty unlikely that we will be getting that report any time soon without having to make bits of noise. The question that keeps repeating is: Why have President Mnangagwa and his government locked up the closet on this report? Frankly, it’s them that know the real reasons. But, even then, it’s easy to draw up possibilities.

The report would prize open a big tank of maggots. The executive summary is skimpy enough to give good suggestions on what lies beyond. No two ways about it, the report is a huge condemnation on Zanu PF and its successive governments. It will inevitably reveal the intricate web of corruption, mis-governance, trickery and self-accumulation within government and the ruling party.

To understand this clearly, just look closely at the matrix of accountability as shown by the executive summary. Politicians. War vets. Local authorities — which are effectively controlled by the central government through the Local Government and Lands portfolios. Cooperatives — which, as you know, are populated by Zanu PF if not hand-held by same. Land developers, who you all know wouldn’t have access to urban state land without either bribing the authorities or playing proxies.

War vets and home-seekers invaded farms and the authorities looked the other way. Cooperatives were allocated land without even caring to assess the intrinsic value by the relevant authorities. Zanu PF politicians took swathes of land to resettle and then displace desperate urban dwellers as they wished. Land that was supposed to be allocated to needy populations was grabbed and resold by politicians from the ruling party.

So much so that, in the wider scheme of things, just about everyone who was there when Mugabe was in power or is there now under Mnangagwa will be found guilty of direct commission or indirect participation. And the biggest story that would come out of the report is not on who performed what acts, but how Zanu PF presided over one of the biggest scams to ever be recorded in out post-colonial history. A US$3 billion scandal, counting.

Not that this kind of thing will come as a surprise. Unless you have been living in a jungle cave since the guns died down in late 1979 and Zanu PF took over the reins of power months after in 1980, you will surely know how corrupt Zanu PF is. But more bad publicity is something the already soiled party won’t need, going forward.

Granted, some of the major culprits in that scandal are now enemies of the so-called “new dispensation”. These are the infamous G40 musketeers, quite a number of who are now living in self-exile after November 2017. If these were the only ones to have been involved, the land audit would be flying around like confetti. But key persons in the current administration are also involved, directly, but also indirectly.

In essence, therefore, the report would whip up such a big dust within government and the ruling party. The result would be so disruptive and detrimental to the political interests of those in power. One arrest would lead to a million convictions, taking into account the intricate web of involvement by those linked to the ruling party.

This is one thing the ruling party can’t afford currently. Politicians don’t seek power in order to go to jail. And there are too many divisions, suspicions and fights within Zanu PF already. The report, if put out into the public domain, would worsen these and bring intra-party differences beyond redemption.

But this is not to say keeping the land audit report under heavy lock and key is a good thing to do. Why waste huge resources to investigate the dodgy land appropriations and then duck the public like the Artful Dodger? As the executive summary indicates, the land commission makes in the region of 60 useful recommendations for several ministries, government and other stakeholders to take up.

This makes a good case for the government of Mnangagwa to start learning being accountable and transparent. If the recommendations are followed through, there will be sanity in the allocation and management of state land. And we still need the money that would come with proper redress of the situation. Again, keeping the report under wraps makes Mnangagwa, his deputies and the whole government accomplices.

l Tawanda Majoni is the national coordinator at Information for Development Trust (IDT) and can be contacted on tmajoni@idt.org.zw