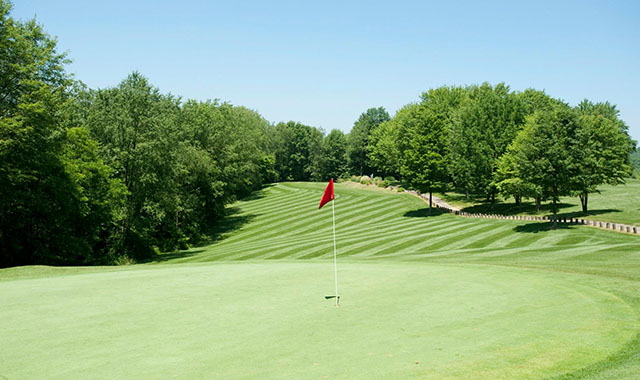 BY NHAU MANGIRAZI/STEPEN CHADENGS
THE journey leading to Tengwe business centre, about 40km east of Karoi town, is tedious because of the bad roads.

While patience drives you to reach your destination, a few hundred metres from Tengwe business centre is a huge building with evident signs of neglect.

It was built before independence to serve as the “engine room for production” for Tengwe farmers.

There are wide cracks both inside and outside the rooms that look abandoned.

The building suffered acts of vandalism following the 2000 land reform, where such private properties were deemed State property.

The two-storey building has several rooms, including staff quarters, a bar, soccer and volleyball grounds and tennis courts that have been neglected since white former commercial farmers were kicked off their properties.

The surrounding fence is falling off, with no signs suggesting attempts to fix it.

In 2019, government claimed that it had set aside US$250 000 to refurbish sports clubs within Mashonaland West province.

Tengwe Country Club was also identified for renovation, with government signing a memorandum of understanding with the Hurungwe Rural District Council.

“White former farmers were using this facility to help each other with information on increased productivity. White former tobacco farmers from Tengwe were rated as the best as they took time to meet here, but we have failed to reactivate it. Our club has been left to rot. It is no longer serving its purpose,’’ he said.

Dube was speaking during a meeting with village heads under ward 2 Pfumvunza cluster on Monday.

Former club chairperson and late Sarah Mahoka, who was booted out of Zanu PF after the 2017 coup, reportedly used her personal funds to maintain the facility.

‘‘The late Mahoka was a hands-on politician. She could use her personal resources to keep the place looking good. She could not tolerate such dirty work in public institutions like this club. Though a bully at times, Mahoka was result-oriented and was a better leader,’’ a local farmer, Ronald Matara said.

‘‘As far as I know the club is always booked for general meetings that happen nearly on a daily basis. It is central for our meetings. The onus is on those using the premises to clean it, but it has been the central point for networking,’’ Makarani told NewsDay Weekender.

Observations during last Monday’s visit revealed that part of the club rooms has been turned into a pre-school, with the owner failing to take care of the premises and the property.

Another villager, Martha Matira, complained about the water crisis affecting Tengwe business centre, including the club.

‘‘There is a health time bomb for the pupils attending ECD [Early Childhood Development classes] here. The Blair toilets are not well catered for without water. It is a crisis for us all,’’ she said.

Richard Kuizanga, a youth, complained about the poor state of the farmers’ club.

‘‘We are not happy as to why the club has not been catered for well by both council and government. This is State property that must not be left to rot. This is unacceptable,’’ Kuizanga added.

Tengwe Country Club has exposed government to its promises that are never fulfilled.

In the Midlands province, recreational clubs around Gweru are also generally in a state of neglect, with most of the facilities falling apart.

Gweru Golf Club is now a pale shadow of its former self as the grounds are not well maintained compared to yesteryear.

National Railways of Zimbabwe-run Raylton Sports Club is an eyesore, with facilities such as the swimming pool and athletics grounds needing a major facelift.

Only the basketball court at Raylton has been partially renovated following the intervention of local (basketball) clubs.

Council youth clubs are also neglected, the only exception being the Gweru Sports Club which was renovated recently.

In Bulawayo, deputy mayor, Mlandu Ncube said the council was unable to maintain recreational facilities in the city.

“Sports clubs are still there, some are maintained while some are not. The council services them in partnership with individual private players in the communities, but because of the shortage of money, some sports clubs are no longer serviced,” he said.