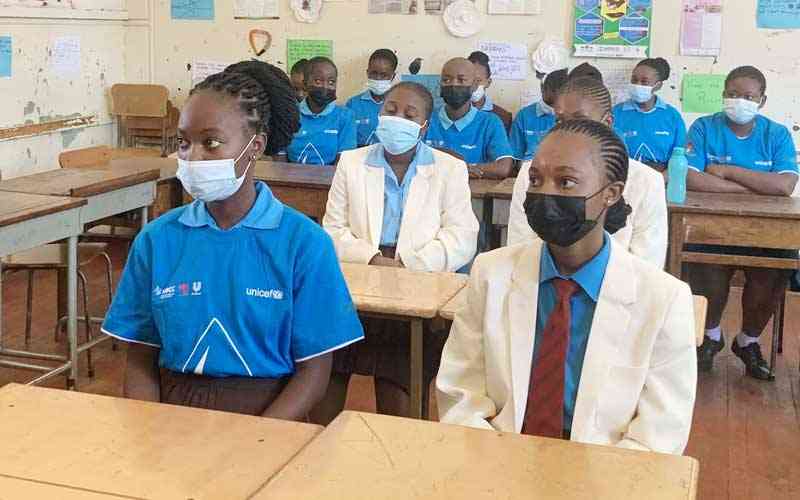 It’s back to school in Zimbabwe; learners at Mabvazuva Secondary School queue at the school entry point for their daily hand-washing routine before they get into their classrooms for lessons.

They take turns washing their hands in a bid to curb the spread of diseases such as cholera and typhoid which regularly wreak havoc in Epworth.

Mabvazuva Secondary School is in Epworth, a dormitory town located 12km from Harare city centre. It is in south-eastern Harare province, its population exploded in the late 1970s and 1980s as an informal settlement.

The school’s washing point was installed late last year under the water, sanitation and hygiene (Wash) projects implemented by the Primary and Secondary Education ministry in partnership with the United Nations Children’s Emergency Fund (Unicef) and its implementing partner — Goal, with funding from the UK Aid.

In a bid to improve hygiene and the setting up of a healthy learning environment, the school set up a health club comprising 20 students, which accommodates a total of 350 pupils served by 15 teachers.

The health club, which was established in 2019 has seen its members carrying forward the lessons and health practices to their households which are prone to cholera and typhoid.

Fourteen-year-old pupil Rutendo Jikire, a member of the health club said she has managed to take up acquired knowledge to households in efforts to prevent the spread of cholera.

“I joined the health club last year after recommendations from my teachers,” Jikire said.

“We help keep the school clean and sanitised.

“We encourage fellow pupils on the practice of handwashing and maintaining a healthy and clean learning environment.

“We have managed to take the practice to our homes.

“We live in a community which is affected by water borne diseases such as cholera and we are helping our families to maintain hygiene from what we are taught here at school.

“My parents can testify that the school fees that they pay are being put to good use.”

School headmaster Obert Tsoka said the washing point installed by Unicef as well as the health club have improved the school’s hygiene and learning environment.

“This washing station has actually changed the school; learners wash their hands when they come in from home,” Tsoka said.

“This project has impacted Mabvazuva Secondary School positively and promoted hygiene, we are grateful to the ministry, Unicef and their partner, Goal.

“However, there is still room for improvement as we need ablution blocks since we are still using pit latrines in an urban setup; that’s not conducive.

“As for the health club, it has really changed this school as they have normalised the picking of litter and handwashing at the school.

“The members are encouraging fellow learners in the best practices of health and sanitisation.”