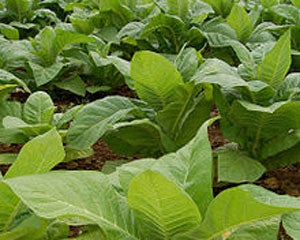 ZIMBABWE’S tobacco auction floors are slowly becoming white elephants as farmers are increasingly opting for contract sales, it has emerged.

According to data sourced from the Tobacco Industry Marketing Board (TIMB), deliveries to action floors only constituted 14,3% in 2018 compared to an all-time high of 76,8% about 15
years ago.

The contract system was introduced in 2004 where 69 million kilogrammes of tobacco were sold with most of the golden leaf being sold on the auction floors.

The steady decline saw the auction floors handling only 14,3% of sales in 2018.

Established in 1936 through the Tobacco Marketing and Levy Act, the auction floor system was for years the only platform where tobacco was sold in Zimbabwe.

The contract sales were introduced to ensure continued and reliable production of the export crop.

Tobacco production was at its highest this year at 258 million kg and analysts attributed this to the growth of the contract farming system. This meant that only a few farmers sold
their crop through the auction system.

Zimbabwe has three auction floors, namely Premier, Tobacco Sales and Boka, which are all facing a bleak future.

Mathew Boka, the Boka auction floors chairman, said the only way to save the auction system from total collapse would entail banks increasing their lending to farmers.
“You are aware that about 99% of farmers who deliver their tobacco to auction floors are self-funded, so I think banks need to start lending to them so that they are independent and
sell their crop to auction floors,” he said.

Banks have refused to give farmers loans using 99-year leases as collateral arguing that the documents are not bankable.

TIMB this year increased weighing and auction floor charges and undertook an input scheme to support small-scale farmers as a stop-gap measure to keep auction floors in business.

“It is an indication of the dependency of farmers on contractors as they seek to remain viable,” he said.

“If you look at United States dollar prices paid to farmers, you will see that they have been on a decline.”

Zimbabwe Commercial Farmers’ Union president Shadreck Makombe warned that the death of the auction floor system would see a rise in cartels to the detriment of the tobacco sector.

“There will be monopolies and cartels,” he said. “The same fate, which cotton farmers suffered, will be the same thereby killing tobacco farming nevertheless

“I would not want to imagine that, therefore, I want to believe the auction floors will continue to exist

“Can you imagine that auction floors constitute only 14%?

“The rest goes mostly to contract sales. “Who are the contractors? Where are they based?

“What about collusions and price-fixing? Who gives growers numbers to non-farmers?

“These are the cartels in control of the tobacco industry from primary industry to value addition and beneficiation — cigarettes etc.

“The tobacco buying business is very lucrative to the detriment of the grower.”

Tobacco is one of Zimbabwe’s highest foreign currency earners, bringing an average of US$1 billion annually.