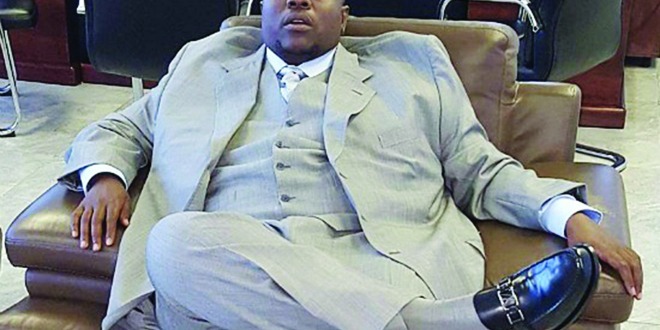 Businessman, Wicknell Chivayo has dominated news pages in recent weeks following his appearance before a parliamentary portfolio committee on the tender he received from the Zimbabwe Power Company (ZPC).

After being grilled by the legislators, Chivayo came out all guns blazing on social media, insisting that the parliamentarians were out of their depth and had failed to understand the industry he was involved in.

Now, ZPC has appeared before the same parliamentary committee and it is now clear as day that the power utility and Chivayo were involved in some deals that at best we can describe as inappropriate or at worst fantastically corrupt.

The first and most prominent question is why the ZPC boad chairman, Stanley Kazhanje provided technical services to Chivayo when there was a very glaring conflict of interest.

In this regard, the relationship between the two is inherently corrupt and deserves a very thorough investigation.

The parliamentary portfolio committee should be commended for their doggedness in getting to the bottom of this issue and we hope they leave no stone unturned in ensuring that everyone who is involved in this rotten deal is exposed.

The next step would be on calling the three former ministers and a deputy, who were implicated in Parliament for questioning over this deal.

The former ministers’ role in this sordid encounter has to be fully scrutinised and if need be, they have to be brought before the courts to account for their actions.

Zimbabwe has been energy-poor for decades, failing to provide adequate electricity for industry and citizens and it is chilling to imagine that a few people – instead of providing power – decided to benefit, yet the whole country had to move around in darkness.

This is taxpayers’ money and Zimbabweans have a moral duty to be outraged and demand answers as to what happened and who benefitted from ZPC’s deals.

People like Kazhanje have to be made to explain why they saw it prudent to give Chivayo the tender, without revealing their conflict of interest that is so apparent.

The Zimbabwe Anti-Corruption Commission and the police should swoop in now and if arrests have to be made, they should be made soon.

There was clear breach of procurement procedures, as revealed by the acting chief executive officer of the Procurement Regulatory Authority of Zimbabwe, Nyasha Chizu who clearly stated this when he appeared before Parliament.

The question now is: What are the authorities waiting for?