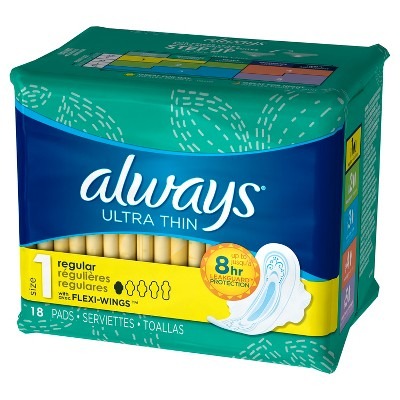 When her monthly period comes, 17-year-old Maria Chaodza dismantles a home-made pillowcase and picks out pieces of its worn stuffing – an old, cloth rug – which she uses in place of the sanitary pad she cannot afford.

Menstruation means missing school; Chaodza feels too ashamed of her makeshift pad to show her face as she battles days of heavy bleeding.

Neither her parents, who are peasant farmers in Zimbabwe’s Mashonaland West Province in Makonde rural district, nor her boyfriend in the village can afford to buy her sanitary wear.

With many schoolgirls too poor to buy the sort of basic products most teens take for granted, they rely on teachers’ donations, torn strips of cloth, plants and old newspapers.

In February this year, hundreds of girls and women gathered in the capital for a march dubbed “Happy Flow Campaign” to demand more affordable sanitary wear.

First Lady Auxillia Mnangagwa has distributed free sanitary pads to poor women and girls, and hopes are now rising that this year’s elections might yet ease the crisis.

“If we vote for the right person to lead our country, I’m sure things will get better for us, as poor woman, facing difficulties (getting) sanitary wear,” said Chaodza.

Until then, handouts and ersatz pads will have to do.

“Some young girls resort to using weeds and leaves in place of sanitary pads, compromising their health,” Obert Masaraure, president of the Amalgamated Rural Teachers’ Union of Zimbabwe, told the Thomson Reuters Foundation.

“We appeal for free sanitary wear in our schools.”

Along with the rural teachers, civil society groups such as the Youth Dialogue Action Network have stepped in to help.

“We have managed to raise resources to enable us get sanitary wear for the poor women and girls, especially in rural areas.

Sanitary wear is a big challenge to them because most families here live on less than $1 a day,” its director Catherine Mkwapati told the Thomson Reuters Foundation.

It costs the equivalent of $5 to buy one standard packet of pads in Zimbabwe, way beyond the reach of many families.

It cost just $1 in 2015, before the nation’s economic crisis worsened.

With average earnings per head of $253 dollars a month, most families would rather spend $5 on a standard 20 kg bag of maize.

Even for grown women like 37-year-old Tracy Hungwe, who lives in the same rural district as Chaodza, so-called period poverty has become a repeated monthly problem.

“I share a little torn towel with my 16-year-old daughter during our menstruation because buying actual sanitary wear from shops is very expensive ” she told Thomson Reuters Foundation.

“And even if they become cheaper, we have no money.”

Yet with two years of cash shortages worsening in this southern African nation, pads have only grown more expensive.

Companies such as Clovit Investments – which used to manufacture sanitary pads in Zimbabwe – ceased operations four years ago, so pads are now imported from neighbouring countries like South Africa, boosting prices.

It is not currently operating.

Parliamentarians from the opposition Movement for Democratic Change party have urged the government to invest in the industry and provide free period products as a show of respect.

“Sanitary wear should be made readily available free of charge just like condoms; government should pay for sanitary wear.

Government should take the dignity of women and girls seriously,” Jessie Majome, a Zimbabwean legislator from the opposition MDC party, told the Thomson Reuters Foundation.

But with a dearth of cash in the rural areas that are home to more than 70 percent of the population, women are hard hit.

“Here in the village, even if a relative living in the city sends you money via your mobile phone, in order to buy (things) using that money, shops require physical money, not money transferred from your phone. This is hurting us,” Chaodza said.

Traders who sell imported sanitary products need foreign currency and a handsome margin to turn enough profit from their business, pushing prices out of the reach of many locals.

“Remember, we need foreign currency to go and buy these sanitary pads to sell, and we also need profit.

Activists say the situation is now desperate, forcing tough decisions on anyone poor who menstruates.

“Because they just want to have sanitary wear, some of the girls and women are in desperate mode and engage in sex work, just to have something to buy sanitary wear, ” Sarah Chikono, an activist with the rights group Women of Zimbabwe Arise, said.

“But that doesn’t end like that, because it’s always tragic as some of them get infected with AIDS,” she told the Thomson Reuters Foundation.