Source: UNHCR – Better access to water improves lives for refugees and their hosts in Zimbabwe camp

UNHCR, the UN Refugee Agency, and partners have improved water supply at Tongogara camp, in a project funded by the African Development Bank. 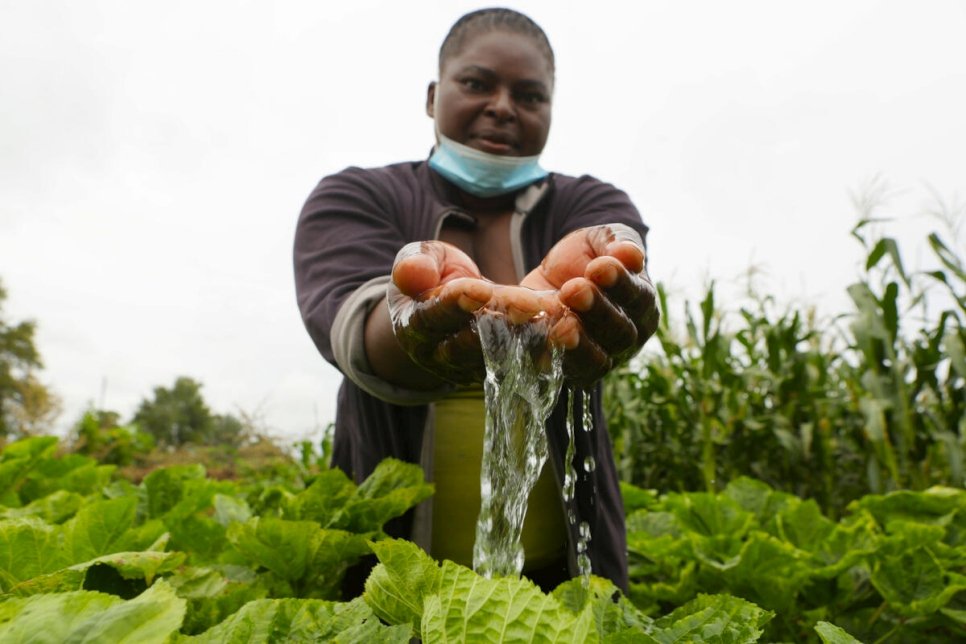 Josephine Mbayo faced many difficulties looking after her eight children in a refugee camp in southeast Zimbabwe, but getting enough clean water for her family proved the biggest challenge.

For years, the 48-year-old waited for hours each day to collect water at a pump at the Tongogara camp, which hosts more than 14,500 people, mostly from the Democratic Republic of the Congo (DRC). Josephine had no extra time to work or even care properly for her children.

When the water ran dry, women waited all day for the borehole to regenerate. Sometimes, the water would come out in a dirty trickle, but there was no choice but to use it.

“There was only one hand pump in the section that everyone queued at to get water from as early as 4 a.m.,” said Josephine, a single mother and one of thousands forced to flee fighting between government forces and various armed groups in the DRC in 2012.

“People would quarrel and almost fight for water.”

“People would quarrel and almost fight for water,” she adds.

Across Africa, refugees, especially women such as Josephine, face a similar problem. The lack of reliable water supplies threatens children’s health particularly and costs women essential time they could be using to earn money, leading to increased levels of poverty.

According to standards set by UNHCR, the UN Refugee Agency, each refugee should have access to at least 20 litres of water per day. UNHCR and its partners are striving to improve the situation for refugees such as Josephine.

In 2016, the agency worked with partners to introduce a piped water system to replace the hand pump, installing three taps in Josephine’s section of the Tongogara camp that opened for two hours each day.The new system helped improve the quality and quantity of the water, but Josephine and the other refugees found there was still a shortage.

Last year, a project funded by the African Development Bank (AfDB) led to the installation of new high-capacity boreholes and an expanded and better engineered piped water system, known as a water reticulation system, that runs on solar power and can deliver piped water to all 10 sections in the camp. The water project has also benefitted the residents of the surrounding host communities in Chipinge district, where the camp is located. 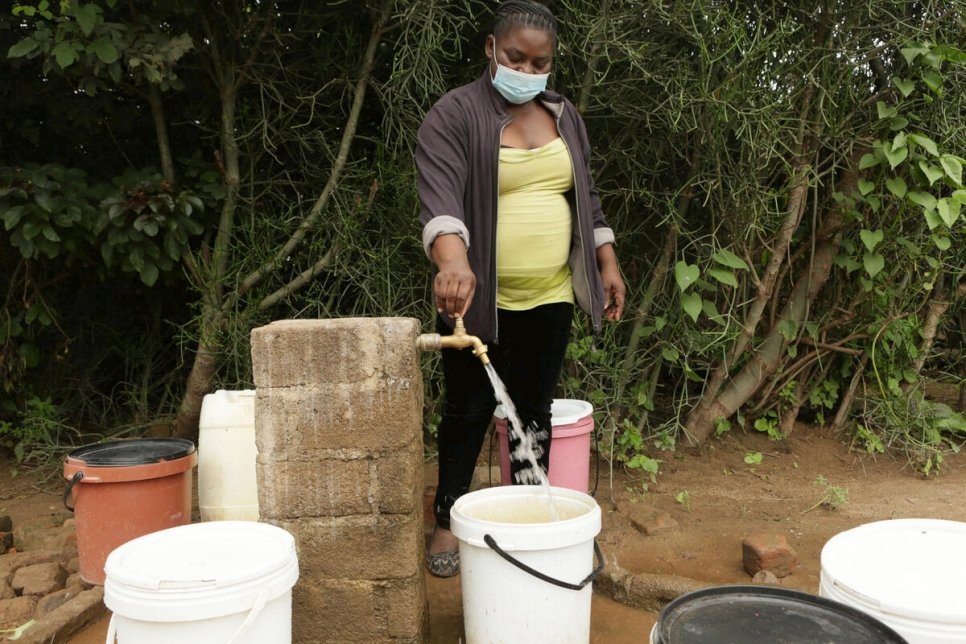 Josephine Mbayo uses one of the newly installed taps in Tongogara refugee camp to fill a bucket of water. The taps are part of a piped water system that uses solar power and high-capacity boreholes.   © UNHCR/Tsvangirayi Mukwazhi

The AfDB-funded initiative –  Innovative Solutions to Support Livelihoods of Vulnerable Communities –  which includes the water reticulation systems, is part of a broader strategy to enhance the economic and technical capacity of refugees and their host communities.

The project has made available public lighting, potable water and a vibrant irrigation scheme, among other innovations. Refugees are now working in newly allocated plots to produce food for their familes.

“We are continually improving our search for groundwater by drilling more high-yielding boreholes and powering them with solar energy,” said Nosakhare Boadi, UNHCR’s Water and Sanitation officer based in Harare.

Groundwater is more sustainable and less vulnerable to pollution than surface water sources and solar power is more ecofriendly as well as cost-effective.

“Eventually, water supply will be more reliable as pumping will no longer be dependent on the national grid or diesel generators,” he added.

Easy access to water has improved Josephine’s family’s well being, allowing her more time to work. She also has time to grow more food on her land to sell in the market. Her monthly income has risen to around US$75 from less than US$5, helping her better care for her children. The new public lighting in the camp has also made her family feel safer when they fetch water at night and also deters animals, including the elephants that used to pose a major problem.

“Quarrels at the bush pumps deprived me of peace but now we greet each other cheerfully as we fetch our water,” she said. “My neighbours are the only family I have in this country and if we can co-exist peacefully, that makes me happy.”

Newer Post
Zimbabwe Tour: Coronavirus test of Pakistan team players declared clear
Older Post
Mthuli Ncube may massage his ego, and praise-worship his master, but Zimbabweans know that nothing has improved for them