US-Africa summit invites Zimbabwe in from the cold

President Biden is inviting Zimbabwe to his US-Africa summit in a bid to improve relations with the long-sanctioned country.

Source: US-Africa summit invites Zimbabwe in from the cold 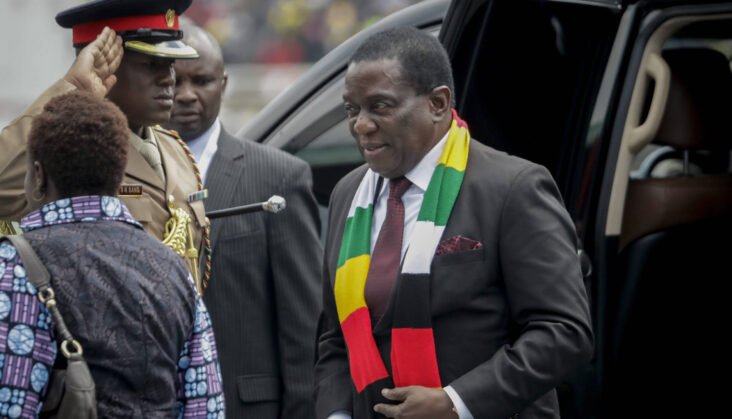 The Joe Biden administration will use its upcoming Africa summit to try to chart a new path forward with Zimbabwe after almost two decades of sanctions against the late President Robert Mugabe and his successor.

The US government sent out formal invitations for its 13 – 15 December US-Africa Leaders Summit this past week. Only governments that don’t have diplomatic relations with the US (Eritrea, Western Sahara) or have been suspended by the African Union (Burkina Faso, Guinea, Mali and Sudan) weren’t invited.

In a marked departure from President Barack Obama’s original 2014 summit, the Biden team asked the government of Zimbabwe to join as the US presses President Emmerson Mnangagwa to abandon the authoritarian ways of his predecessor. The invitation however went to Foreign Minister Frederick Shava, as Mnangagwa remains under US sanctions, accused of undermining democratic processes in the country.

“There are countries across the continent [which] […] struggle and are challenged on the democracy and governance side,” Dana Banks, the White House point person for the summit, tells The Africa Report. “But it’s important to have those conversations, right? You have to be able to talk about your concerns … That is the mature engagement that we are seeking with our African partners.”

Zimbabwe’s government welcomed the invitation as a chance to repair ties with Washington.

“We are in continuous re-engagement with the United States and any other Western country,” Livit Mugejo, a spokesman for the ministry of foreign affairs and international trade, tells The Africa Report. “Hence, the invitation for the minister to attend the [US-Africa] summit provides another opportunity for the government to continue with its re-engagement efforts.”

“The admin should … carefully consider who is invited to the US-Africa Summit,” the top Republican on the Senate Foreign Relations Committee, Jim Risch of Idaho, said on Twitter on 15 September. “If the admin insists it must invite a gov’t representative from Zimbabwe, it should look for someone who has a less abysmal human rights, corruption, and democracy record than the foreign minister.”

Ahead of the summit, the US Treasury Department lifted sanctions last week on 11 Zimbabwean officials while adding deputy police commissioner for administration Stephen Mutamba for his alleged role in “undermining Zimbabwe’s democratic processes and institutions”.

“Over the past two years, Mutamba has organised a host of actions that threaten and undermine legitimate political parties and others who oppose the policies of the Government of Zimbabwe or the ruling Zimbabwe African National Union-Patriotic Front [ZANU-PF] party,” State Department spokesman Ned Price said in a statement. ”It is vital that the Government of Zimbabwe allow full participation across the political spectrum.”

Risch suggested the timing of the sanctions removal was meant to placate South Africa, stating on Twitter that it was “no coincidence” that the Treasury Department updated its sanctions list on the eve of President Cyril Ramaphosa’s 16 September visit to the White House.

“While adding Stephen Mutamba is good, many key officials responsible for undermining Zim[babwe]’s democracy remain missing,” Risch said on Twitter. “Biden should use his meeting with Cyril Ramaphosa to urge the gov[ernment] of South Africa to end its blatant misinformation about US sanctions and use its regional leadership to support democratic reforms in Zimbabwe.”

South Africa has been lobbying for Zimbabwe to be invited to the summit, according to congressional sources. During their meeting, Ramaphosa also reportedly pressed Biden to lift sanctions.

“Meeting with President Biden, President Ramaphosa raised the issue of sanctions on Zimbabwe,” Peter Ndoro, a journalist with the South African Broadcasting Corporation (SABC), said on Twitter. “He explained to President Biden that Zim[babwe] sanctions affect other countries in the region as economic migrants are forced to leave Zimbabwe in their droves to seek economic opportunities.”

Washington has long countered that Zimbabwe’s corruption, not sanctions, is the root cause of the country’s dismal economic record.

Price however described the update as a regular periodical review and said the 11 delisted individuals “are either deceased or have been deemed to no longer undermine Zimbabwe’s democratic processes and institutions”. They include the late generals Perrance Shiri and Paradzai Zimondi, who helped topple Mugabe in 2017, and five former members of Mugabe’s cabinet.

“It is imperative that ZANU-PF allow full participation across the political spectrum in next year’s elections,” Under Secretary of the Treasury for Terrorism and Financial Intelligence Brian Nelson said in a statement. “The United States continues to stand with the Zimbabwean people against unjust actions against political opponents or assaults on Zimbabwe’s democracy by the ZANU-PF.”

The US and other Western powers have long been under pressure from Southern African nations to amend their policy toward Harare.

The Southern African Development Community (SADC) has repeatedly called for the removal of international sanctions on Zimbabwe, arguing that they harm the country’s economy and that of the entire region. The 16-member group has declared 25 October as ‘Anti-Sanctions Day’ in solidarity with Harare.

“We welcome [President Biden] and the US government’s fresh look at sanctions on Zimbabwe,” Zambian President Hakainde Hichilema said on Twitter. “We greatly appreciate the White House having a listening ear to the SADC region.”

The United Nations Special Rapporteur on Negative Impact of Unilateral Coercive Measures on Human Rights, Alena Douhan, likewise denounced the humanitarian impact of the decades-old sanctions after visiting Zimbabwe last year. The sanctions were first imposed in 2003 under President George W. Bush after the Mugabe regime seized white-owned land and locked up the opposition.

Now the ball is in Zimbabwe’s court, the US says, with either a new era or fresh sanctions looming depending on Mnangagwa’s next steps.

Farai Matiashe contributed to this report