US turns screws on Mnangagwa 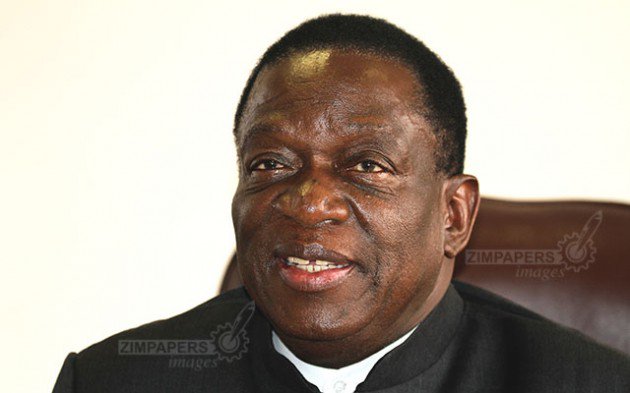 THE Donald Trump-led United States administration has tabled a raft of tough conditions to be met before full engagement with Zimbabwe and removal of sanctions, setting the stage for a possible clash with President Emmerson Mnangagwa’s Zanu PF government. 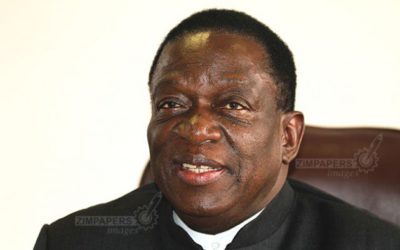 This came as three opposition leaders – Nelson Chamisa (MDC-T), Tendai Biti (People’s Democratic Party) and Jacob Ngarivhume (Transform Zimbabwe) under the banner of the MDC Alliance – and several civil society groups visited the US this week on a diplomatic mission to present the country’s state of affairs.

She said engagement with the recently-inaugurated Mnangagwa government should be premised on demonstrated behaviour change and not rhetorical intentions.

“Along the way, there will be many actions that we will need to assess, as we look to re-engage.

“We will need to see free and fair elections.

“The military needs to return to its barracks and State institutions should be demilitarised,” Sullivan said in a paper titled The Future of Zimbabwe to the US Senate Committee on Foreign Relations subcommittee on African Affairs.

“Perpetrators of abuses against civilians should be held accountable regardless of party affiliation.

“The government must engage in hard economic reforms, including addressing budget deficits, reforming the Indigenisation Act and reducing corruption.

“We will want to see improved protection of fundamental freedoms, a freer media, and a truth and reconciliation process.

“The people of Zimbabwe deserve these reforms, and many more.”

However, Zanu PF spokesperson, Simon Khaya Moyo yesterday scoffed at conditions set by Trump’s administration, saying the ruling party had no obligation to take orders from another sovereign State.

“We are never given conditions of engagements.

“As a party we never work on conditions,” he said, referring further questions to Mnangagwa’s spokesperson, George Charamba, who was not reachable on his mobile phone.

MDC-T secretary-general, Douglas Mwonzora yesterday reiterated his party’s position that Zimbabwe should only approach the international community for engagement with clean hands.

“The MDC-T wants re-engagement with the international community on condition that Zimbabwe undertakes the necessary economic, political and social reforms, which include going back to constitutionalism and the rule of law.

“It also includes the removal of all forms of violence and intimidation.

“The MDC-T doesn’t support anything that prolongs the suffering of the people of Zimbabwe.

“We are supporting re-engagement, it should start, but it must be on a give-and-take basis.”

Opposition officials and civic groups have been accused of begging the US to maintain sanctions on Zimbabwe despite Mnangagwa’s promises of wide-ranging reforms.

The MDC Alliance denied calling for the sanctions, saying their role was to enlighten the international community on the need to implement desired reforms before the elections.

“The objectives of the trip are as follows: A push for and advocacy for a transition to a democratic order – Operation Restore Legitimacy and Democracy – stating a case for free and fair elections in Zimbabwe,” Chamisa said.

In his position paper to the US Senate committee last night, Biti called for the immediate return to democracy after a military operation that overthrew former President Robert Mugabe.

Biti called for immediate restoration of the country to constitutionalism, the rule of law, and legitimate civilian rule, accusing Zanu PF of using the military to subvert constitutional order and entrench undemocratic rule.

“The military must be demobilised from the streets,” his position paper said.

Human Rights Watch official, Dewa Mavhinga, accused of calling for the renewal of sanctions, yesterday described his accusers as pushing for a propaganda agenda.

“But I did not call for sanctions. There is a huge difference there. Talk of sanctions is propaganda,” he said.

“My view is that the Mnangagwa government should be measured on its ability to deliver a democratic election in 2018 and return soldiers to the barracks.

“A military takeover is not the benchmark for re-engagement. Instead, focus must be on an urgent roadmap to democratic elections, where the military plays no part.”

A Zimbabwean journalist and former human rights lawyer, Peter Godwin said removing individual US sanctions would be rewarding Mnangagwa for his “internal coup” and could only perpetuate the culture of impunity infesting Zimbabwean politics.

“If we reward Mnangagwa’s ‘same as it ever was’ Zanu PF for its internal coup, for example, by prematurely dropping individual sanctions, we would help cement the culture of impunity that already infects Zimbabwe, where the perpetrators never face the consequences of their actions, and where real freedom and reform remain elusive,” he said in his address to the US Congress.