The fraudulent outcome of this election was no surprise to me at all. Unlike in the past when they have resorted to violence to achieve their end goal, this time around the rigging involved miscounting, chasing away voters and fraudulently printing receipts – among many other things.

There is no doubt that Mugabe and his party’s policies are deeply hated by most Zimbabweans. However, the question that those who still feel shocked and saddened by Mugabe’s so-called victory is how did he pull off this grand robbery of all time? 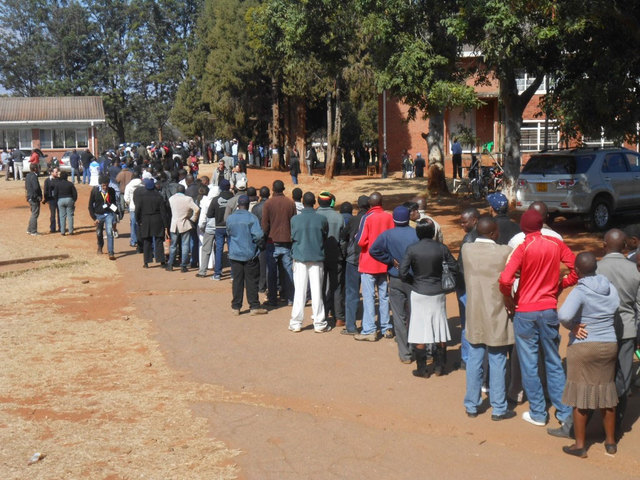 Zanu (PF) knew most Zimbabweans were well aware of its disastrous economic policies and no one would be interested in voting for the party. Zanu (PF) knew, as we all did, that it was not going to win this election. With their back to the wall they had no option but to rig resoundingly. Their ace was the voters roll. They started working on the voters’ roll seven months before the elections – duplicating names, substituting perceived MDC sympathisers, adding ghost voters and some who have been dead for the last five decades.

Some two million voters were removed and rogue youths were bussed to vote for them in army barracks. In the weeks leading up to the election, some Chinese were contracted to add to the rigging. Their job was to print extra ballot papers in various secret locations and in the end some four million extra papers were printed for the rigging exercise.

Mugabe was very confident of the rigging exercise. He had no need to actively campaign. No wonder at the end Mugabe had to do only 10 rallies to rubber stamp their devilish manipulation. But our citizenry isn’t stupid – and as such will defend our right to choose our leaders freely without manipulation or cohesion.

As Zimbabweans, our only option is to relentlessly hunt down those who robbed us of our victory. This is the only option we have and we will pursue it vigorously.

It’s good that the MDC has decided to pull out their so-called elected members in defiance. It’s a step in the right direction. We all remember how Mugabe ridiculed Zuma’s advisor Lindiwe Zulu in the built up to the elections calling her a street kid and a whore when she pointed out irregularities in the preparations for the elections.

We can no longer afford to negotiate in good faith. We tired of these quasi-democratic channels that only serve to extend the evil of Zanu (PF). Now it’s the time to reclaim what is ours because Zanu (PF) has once again shown that it’s clueless about democracy and leadership.

It’s true that God is interested in the political, economic, and social and leadership challenges of every nation, tribe, tongue, kindred and people, and when those in authority become so tyrannical and dictatorial, God uses the lowly means most times to bring shame to the wise and powerful according to world standards.

God never bestows positional and personal power as an end in itself, but always as a trust to be exercised with stewardship for the benefit of others. Leaders who misuse his trust by squandering it on extending their own egos through oppressing and manipulating others will ultimately give an account to the One who gave them their power in the first place. – Asijiki, Ndatenda, Baba Jukwa

via Voters’ Roll was Mugabe’s ace | The Zimbabwean.

Newer Post
Who is in who is out of Zim’s new government
Older Post
Headline news 8 August, 2013