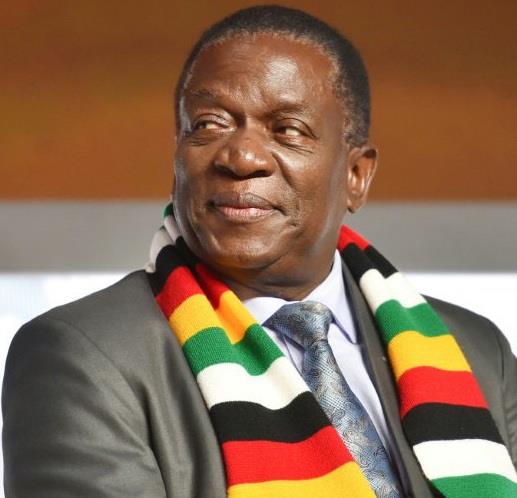 HARARE – President Emmerson Mnangagwa’s condemnation of the recent killing
of protesters by the army and the disruption of a press conference at a
Harare hotel a few days later has created a lot of confusion, which has
left Zimbabweans wondering who really is calling the shots in government.

The soldiers fired live ammunition on protesters, resulting in deaths and
injuries of civilians.

On Friday last week, police drove hordes of journalists from the venue of
a press conference where MDC Alliance leader Nelson Chamisa was scheduled
to address the media. It took the intervention of acting minister of
Information Simon Khaya Moyo for the police to disperse and allow the
media briefing to proceed.

In both incidents, Mnangagwa appeared to have been in the dark, leading
many to speculate the existence of a powerful force that could be giving
orders without first seeking his approval.

University of Zimbabwe political science lecturer Eldred Masunungure
described Mnangagwa’s situation as desperate, saying he was caught in
between accommodating those who helped him ascend to the presidency in
November last year and appeasing the international community.

Mnangagwa, aged 75, was catapulted to the top office by the military,
which dethroned former president Robert Mugabe.

“The man (Mnangagwa) is enduring pressure from various constituencies so
it may not necessarily be a case of him being captured by the military but
just managing them and trying to convince them that there is wisdom in
reforming while at the same time he wants to be seen to be walking the
talk by the western community whose support he is desperately in need of,”
said Masunungure.

“What I see is a co-dependence between the military and Mnangagwa where
the army element in Zanu PF needs the president for the political projects
they would want to undertake while he in turn needs them for situations
that require repression as happened last week.”

Maxwell Saungweme, a political analyst, described the developments as an
implosion within Zanu PF and government, which is evidently a clash
between hardliners who want to use military approaches to deal with
election fallout and those preferring diplomacy and civil approaches.

“That dichotomy has been there since the day a cabinet with generals was
formed. The generals in that cabinet do not really understand the workings
of statecraft and all they know are hard iron and blood responses.

“That also explains why Zanu PF (spokesperson) Simon Khaya Moyo – a career
diplomat – had (to) put his head on the firing line, directly ordering the
police to desist from barring Chamisa’s presser,” said Saungweme.

Saungweme said there was growing evidence of lack of cohesiveness in
government, with fissures emerging between militaristic hardliners and
diplomatic politicians.

Vivid Gwede, another analyst, said Zimbabweans increasingly believe that
Mnangagwa could be a lame duck president.

He said after toppling Mugabe about nine months ago, the military
kingmakers now believe they have a stake in the new administration hence
their overarching influence.

Media analyst Rashweat Mukundu opined that Zimbabwe was in a far deeper
security crisis that is yet to be fully comprehended as no professional
army behaves in the manner witnessed last week.

“While it may be a show of strength, it equally tells us how jittery (they
are). The coup needs curing through a broad-based national political
discourse,” he said.

Controversial playwright Cont Mhlanga believes Mnangagwa was firmly in
control and that the confusion was part of his strategy whereby the
president-elect will appear to be a “Mr Nice Guy”, with the hardliners
doing the dirty work.

“These guys are just trying to build an academic scenario because remember
we have one of the most intelligent armies that has generals with deep
pockets and well educated,” said Mhlanga.