Why Obadiah Moyo must go 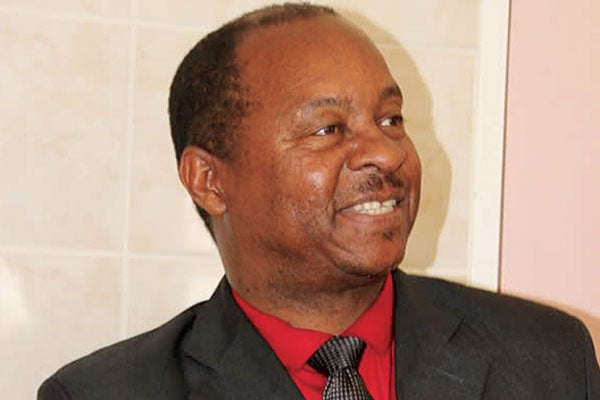 The appointment of Obadiah Moyo as Health and Child Care minister in September 2018 was received with mixed feelings.

On one hand, there were some who wanted to see a change of leadership at the ministry.

Key among their issues were the need to find holistic solutions to the perennial human resources conflicts in the Health ministry.

Most medical practitioners were also getting impatient with the persistent underfunding of the health care system and the duplicity of medical aid companies as both insurers and service providers. Transparency and governance scandals, including the Psmas saga where the former Health minister David Parirenyatwa was allegedly “capitated” had tainted the previous leadership.

With these challenges in hindsight, Moyo’s appointment evaded intense scrutiny as most people desperately wanted change.

However, the new minister’s honeymoon was to be shortlived as both medical practitioners and investigative journalists questioned his academic credentials.

Although the constitution of Zimbabwe does not require anyone to be a medical doctor in order to be appointed Health minister, many found it problematic for Moyo to claim qualifications, which are in serious doubt.

This appointment will remain controversial as to date the minister has not provided any credible information to back up his purpoted academic qualifications.

The president had to later appoint renowned physician John Mangwiro to deputise the minister in attempts to pacify those that raised questions around Moyo’s qualifications.

Nonetheless, Mangwiro has remained mainly in the shadows as he has stayed for long periods of time outside Zimbabwe as he accompanied Vice-President Constantino Chiwenga, who was hospitalised in China for over four months this year.

In this article, I opine that the president must urgently reshuffle the health ministry.

The current challenges bedelving the health ministry have proved to be clearly beyond the capacity of the current minister to solve.

In fact there are numerous examples to back this call for leadership renewal. A few examples will be outlined below.

Although the decision to dismiss all doctors, who were citing incapacitation was a cabinet and collective decision, there is precedence in the same ministry where such industrial disputes have been successfully mediated and a win-win solution found.

The decision to fire more than 500 doctors has repercussions that transcend the negative publicity for the current government.

This decision erodes the crucial gains made by Moyo’s predecessors in staffing the health sector after the devastating effects of the 2008 brain drain.

Regardless of how this issue will be solved, some experienced doctors, who were stationed in critical departments and rural hospitals may never opt to return to the public sector.

The responsibility to properly advise cabinet and the president before this drastic action lies squarely with the Health minister and this grossly taints his already controversial resume.

Secondly, the minister has clearly been exposed to be faced with a responsibility outside his intellectual depth.

An example is his much publicised visit to a traditional midwife delivery home in Mbare.

The world over, pundits in global health and leading institutions such as the World Health Organisation are calling for zero home deliveries if the Sustainable Development Goals are to be realised.

In this same act, the minister stands accused of ill advising first lady Auxilia Mnangagwa and portraying that it was a policy decision of this government to prop up home deliveries.

Thirdly at the policy front, Moyo clearly does not have a congruent policy agenda to transform the health sector.

His reign has been predicated on sourcing equipment and drugs donations from mostly Arab countries.

Whilst any donations are welcome, the Ministry of Health must be seen to be devising home grown sustainable initiatives to revamp drug supply, replace dilapidated equipment and build new health infrastructure.

Innovative strategies pushed as policy initiatives by his predecessors, which he could have borrowed from include the Aids levy and the mobile health taxation.

Finally, Moyo’s appointment was followed up by a spate of retributive dismissals of highly skilled health care managers.

The minister has clearly abrogated his role by pursuing trivial agendas and contributed to the dismissal and suspensions of highly skilled personnel such as pelvic orthopedic surgeons, pediatric surgeons, cardiovascular surgeons and reputable public health care managers. Whilst we may not be privy to the exact reasoning behind these less calculated acts, there is no dispute that the minister has been a very bad publicity manager for the current dispensation, which is preaching reform and progress.

The president must urgently institute leadership changes at the helm of the Health ministry if all this circus we are witnessing in the health sector is to be brought to an end.

The post of Health minister requires a reputable professional, who is well respected by the restive government doctors.

The current minister is both a liability to his political party and to the health of patients, who have gone for three months without medical care.

l Fortune Nyamande is a medical doctor and public health scientist ( Sweden) and writes in his personal capacity. He can be contacted on fortunyamande.fn@gmail.com