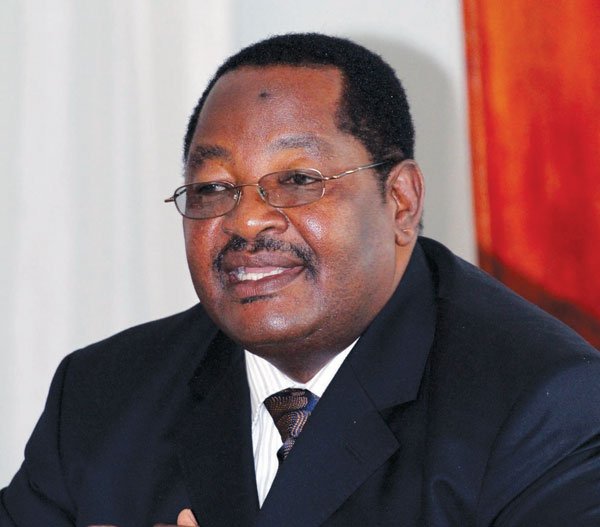 THE Zimbabwe Anti-Corruption Commission (Zacc) has launched a fresh investigation into allegations that Zanu PF bigwigs unjustly benefited from lengthy leases from the ailing Cold Storage Company (CSC), prejudicing the state of millions of dollars.

Some of the lease agreements for the industrial and commercial properties under 35-year leases are equipped with water pumps, drinking ponds, dip tanks and paddocks with a capacity to hold a minimum of 200 cattle and a maximum of 500. The commercial stands also include employee accommodation.

The leases, granted to the bigwigs for a song, were exposed by the auditor-general (AG) Mildred Chiri, in her 2016 forensic audit, which implicated senior Zanu PF officials, including secretary for administration Obert Mpofu and late vice-presidents John Landa Nkomo and Joseph Msika.

Zacc spokesperson John Makamure confirmed yesterday that an active investigation was underway. He said: “Yes, the matter is under investigation, but I cannot divulge any more details.”

It is not yet clear whether the named officials in the forensic audit have been questioned yet.

Zacc is investigating how the CSC management unprocedurally approved to lease its vast property portfolio to 247 tenants who were granted long leases, some spanning up to 40 years and expiring in 2040.

A former CSC employee, recently, wrote a damning report to Zacc chairperson Loice Matanda-Moyo calling for a review of the findings of the AG’s forensic audit.

Chiri’s report had raised a red flag over why CSC entered into lease agreements without proper “standard lease rates/charges . . . and documentary evidence to support the rates applied”.

The whistleblower’s letter to Matanda-Moyo reads: “I write to your honour with grave concern from the findings of the above report (AG forensic report). As a stakeholder in the Cold Storage Company, I strongly believe it is imperative that you look into its findings. I believe this report details the deadly misgivings that led CSC going belly up.

“The report clearly details how a cabal of institutionalised corrupt CSC stalwarts set to take advantage of the company’s lack of structure, proper procedure, corporate governance checks and balances to loot from the state and people.”

After the CSC audit, Chiri then wrote to the firm’s management requesting for unaudited books of accounts.

In a letter dated February 16, 2018, Chiri said: “I will be conducting a follow-up exercise on the submission of financial statements from February 19, 2018 and we would like the following documents to be ready.

Several of the properties were leased to now deceased Zanu PF bigwigs and they are likely to have been taken over by their respective families.

Chiri’s forensic audit report published in 2016 shows that Mpofu, who at one time boasted to be one of the country’s largest cattle ranchers, is renting a property measuring 2 000 square metres for US$841 per month.

Repeated efforts to get a comment from Mpofu were fruitless as his mobile phone went unanswered several times.

The forensic audit report also underscored that while CSC was leasing its assets, the firm’s management led by former executive Chinogaramombe was allegedly paid salary “advances in excess of salary arrears owing to management” at a time the embattled firm was owing US$4 million to workers “for unpaid gross salaries and allowances”.

“As at June 30, 2015, against the long outstanding arrears to other employees, CSC had overpaid salaries to two management employees. Messrs Sanyika and Zvaita received salary advances of US$313,67 and US$66,79 respectively in excess of their salary accruals,” the AG’s forensic report reads.

“Despite CSC being unable to pay employees outstanding salaries, for the period under review, the company advanced certain staff members within the management grouping, personal loans worth US$74 531,25 at an interest rate of 8% per annum and the balance outstanding of US$26 150,00.”

To avert liquidation, CSC was placed under a corporate rescue plan superintended by Ngoni Kudenga of BDO Zimbabwe Chartered Accountants.

At the time of publishing, Kudenga had not responded to questions on how much CSC is owed in rental arrears.

But sources close to the embattled firm, which used to handle up to 150 000 tonnes of beef and associated by-products a year, while exporting beef to the European Union (EU), told the Zimbabwe Independent that some of the Zanu PF bigwigs had stopped paying their rentals “a long time ago, complicating matters to turn around the company”.

Kudenga’s new role in the affairs of the troubled company has also come under scrutiny, as CSC struggles to escape from the stormy waters of insolvency and total collapse.

He was appointed as CSC judicial manager by Agriculture minister Anxious Masuka in December last year. His role to save CSC from collapse is being challenged by the Allied Food Workers’ Union of Zimbabwe (AFWUZ) —which represents the company’s workers.

“This cronyism will clearly compromise our clients’ interests and therefore submit that Mr Ngoni Kudenga is not independent, competent and clearly conflicted. The allegations raised against Dr Masuka in HC177/20 are of a serious nature and hampered the revival of Cold Storage Company (Pvt) Ltd.”

As part of this running investigative series into the dramatic collapse of CSC, this newspaper on February 2 revealed how a consortium of local industrialists and companies — CSC 2016 — is angling to take over the defunct company through a US$225 million bid.

The company was authorised by the government to evaluate assets belonging to the meat processor despite a contract between the state and Boustead Beef Limited, which was later reportedly revoked.