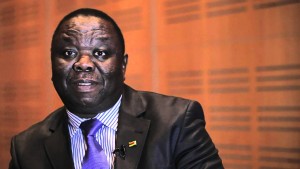 Tsvangirai died in February this year after a long battle with cancer.

He had been diagnosed with the disease in 2016.

Addressing party supporters in the dormitory town of Chitungwiza
yesterday, Chamisa alleged Zanu PF had a hand in the death of the MDC
founding president.

“Now, I want to say it publicly: I have never told you that there are
people who connived to kill Tsvangirai in the vain hope that they would
have killed the struggle as well, not knowing that they were rekindling a
brighter flame that will consume dictatorship in Zimbabwe,” he said.

“Why did you kill him only to shed crocodile tears…? I was trained by
Tsvangirai and he showed me the way hence it was not difficult for me to
see their hand when Zanu PF attempted to dictate the leadership question
in our party,” added Chamisa.

The MDC Alliance leader also claimed there were informers in Zanu PF who
were feeding him with information.

“I got the information from inside Zanu PF because it is leaking like a
sieve. They are defeated, divided, disillusioned, distracted, panicking
and hopeless. So they told me that they wanted to have so-and-so to become
the leaders (of the MDC) so that the party becomes weaker. But we were
watching them, and we said we were not going to waste our time because
Tsvangirai had shown us the way…”