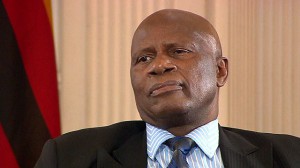 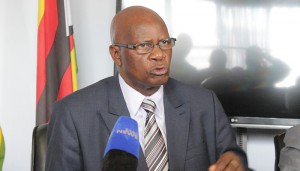 ZIMBABWE is on track to achieve the targeted 8,7 percent rise in tourist arrivals to 2,3 million during 2017, after the industry reported a 9,5 percent increase during the first half of the year, Finance and Economic Planning Minister, Patrick Chinamasa, said last week.
The country received 2,1 million tourists in 2016, up from 2,06 million tourists the previous year, earning the country US$890 million, according to Zimbabwe Tourism Authority (ZTA) statistics.
Much of this year’s rise would be driven by improved accessibility in Victoria Falls, where a US$150 million airport expansion resulted in increased airline traffic.

Presenting the $5,7 billion 2018 National Budget, Chinamasa said growth in tourist arrivals would be underpinned by continuous development of infrastructure including airports, as well as better funding to the ZTA for marketing.

The budget was announced only a day after Zimbabwe and China signed a US$153 million loan for the upgrade of the Robert Mugabe International Airport.

“The tourism industry remains a low hanging fruit for exploitation to generate the much needed foreign currency in our economy,” said Chinamasa.

“Prospects of reaching the annual target of 2,3 million tourist arrivals by year end remain on course. Already, the first half of 2017 recorded a 9,5 percent increase to 1,04 million tourist arrivals, compared to 952 948 rseceived during the same period in 2016. In 2018, the thrust is to strengthen destination marketing, paying special attention to high spending markets to increase tourism receipts,” he said.

Zimbabwe enjoys good diplomatic relations with China, one of the world’s high spending source markets.
But underfunding had undermined ZTA’s marketing efforts in China, where improved arrivals would bridge a gap left by a slowdown from the west due to travel warnings issued against Zimbabwe.
The number of tourists from China remains low compared to other source markets, according to the Zimbabwe Visitor Exit Survey (VES) report for 2015 and 2016.

This brings into focus the budgetary constraints that the ZTA has faced since 2005, when the country adopted a “Look East” policy after diplomatic ties with western source markets soured.
Global travel statistics indicate that Chinese tourists were among big spenders.

Chinese tourists’ average expenditure per trip is over six fold the average spending levels of most international tourists.

The VES said during the review period, tourists were spending as little as US$50 per trip, although in some cases there was an average of US$500.

In contrast, a survey by Hotels.com published in the Chinese International Travel Monitor revealed that the average daily amount spent by Chinese international travellers was 3 324 Yuan, which translated to about US$543, on accommodation, shopping and sightseeing.

Worldwide, even the most advanced countries are slowly warming up to Chinese tourists as their expenditure levels rise in tandem with the growth of their economy, the world’s second largest.
Chinamasa said the country would also focus on developing community based tourism.

“In this regard, the 2018 budget will increase allocation for the sector so as to enhance marketing of the country as a preferred destination for tourism, as well as support the promotion of domestic tourism with a bias towards improving community based tourism enterprises to empower local communities.
“Furthermore, it is also imperative that we continue building on our current efforts to improve the requisite airport and road infrastructure, for increased connectivity,” said the Finance Minister.