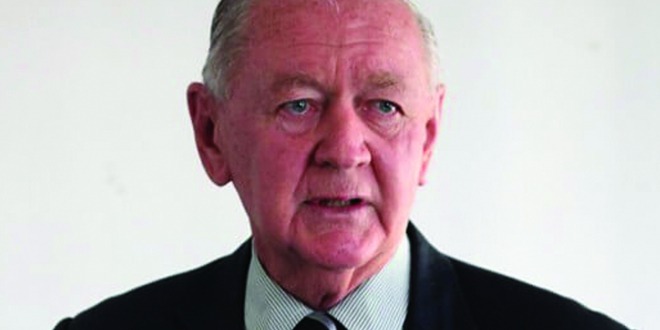 At the official rate of around 82, this translates to about US$12,2 million weekly and about US$635 million annually.

This brought into sharp focus the central bank’s transparency and accountability at a time the government claimed to have stopped its printing press which dragged the country into an unprecedented hyperinflationary environment around 2008.

“We have shown that at the RBZ research there is a direct correlation between money supply and the exchange rate and I think that until we stop printing money for various reasons …we print money mainly to buy gold, we print a billion (Zimbabwean dollars) a week,” Cross said in his presentation during an online Big Debate Series, Zimbabwe 2021 Economic Prospects, hosted by Alpha Media Holdings.

NewsDay made an attempt to seek further clarification from Cross who said not the entire $1 billion was printed as part of it could be existing resources although he had no information on the standard operating procedure.

Cross, however, defended the move, saying it didn’t really cause inflation as the money was used to buy an asset easily converted to hard currency as opposed to financing debt.

“What I think he meant was that we purchase forex from the market in an amount of $1 billion per week for sale to the auction system,” Mangudya said.

“So its net effect is zero on the increase in money supply.”

During the debate, other panellists took turns to criticise Finance minister Mthuli Ncube’s 7,4% gross domestic product (GDP) growth forecast for 2021 as well as inflation performance which was largely described as ambitious in the face of the COVID-19 pandemic.

Economist and Africa Round Table Forum chief executive Kipson Gundani said despite positive prospects in mining and agricultural sectors, a serious downside exists on the consumption side because of the COVID-19 pandemic-induced lockdowns.

“Most entities that rely on domestic driven consumption will suffer a huge knock in 2021,” he said, adding that the economy would grow by 3% at most.

He said the 135% annual inflation average could be achieved on the back of depressed local demand due to dwindling disposable incomes.

“I think COVID-19 will become a very huge determinant when it comes to GDP and inflationary development,” Gundani said, warning that a managed exchange rate would lead to some point of explosion.

Institute of Chartered Accountants of Zimbabwe chief executive Gloria Zaravanhu said achieving economic growth above 3% would be a tall order due to depressed demand and limited budgetary support as well as water and power shortages.

Zaravanhu said tax revenues would be affected by a growing cash economy that was largely dealing in foreign currency and evading tax.

She said there was need for Zimbabwe to manage foreign debt and arrears, adhere to Staff-Monitoring Programme guidelines and unlock fresh funding from international financial institutions.

Zaravanhu said COVID-19 would have a huge impact on the economy with indications that corporates might miss reporting deadlines due to restrictions on the movement of people.

Zimbabwe Economic Society president Nigel Chanakira said coming from a negative 4% growth performance in 2020, the Zimbabwean economy was likely to grow by between 2-3%.

He also said COVID-19 would be a major problem for economic performance with January already gone amid indications that meaningful activity across the economy could only be in the second quarter of the year.

To contain inflation, Chanakira said, retailers should be supported and obtain enough foreign currency to import and price competitively.

Former Finance minister and MDC Alliance vice-president Tendai Biti said he expected 2021 to be worse than 2020 because the government was failing to tackle fundamental issues such as building confidence and fighting corruption and debt clearing.

“The impact of COVID-19 is real and with us for a long time. COVID-19 puts a premium on an economy,” Biti said, adding that Zimbabwe was lagging as it did not have a vaccination policy to fight COVID-19.

He warned that businesses were on the brink of collapse due to COVID-19-induced effects.