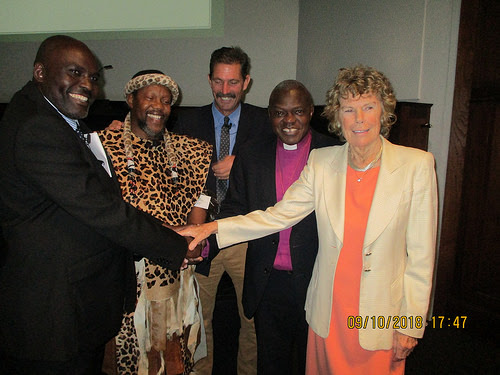 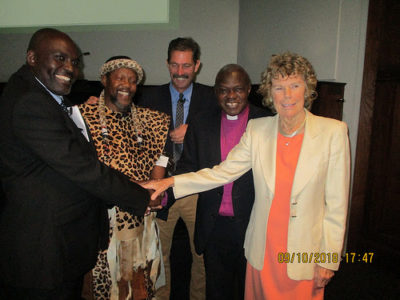 The Vigil marked its 16th anniversary and – to our surprise – we were joined by the new Ambassador Christian M Katsande and his deputy. He invited us to have a meeting with him and we are happy to accept the invitation. This is the first time in 16 years that the Embassy has chosen to engage with us. The Ambassador bought a copy of the Vigil book ‘Zimbabwe Emergency’ for which we gave him a receipt at his request.

Zimbabwe House has been an unfriendly place for years. It is closed on Saturdays when the Vigil protests but when we  tried to communicate with them during the week it has always gone into panic mode, calling the police (right next door) to get us out of the building.

We want to ask them why things haven’t changed in Zimbabwe in the 16 years we have been protesting outside the Embassy. The Vigil believes that the problem is Zanu PF’s controlling mindset. Despite the ousting of Mugabe by Mnangagwa, this hasn’t changed. It’s got worse. Even as the economy collapses Zanu PF refuses to accept responsibility, now blaming the situation on enemies spreading panic and confusion. Stop the money dealers, they say, stop the vendors (see:https://www.iol.co.za/news/africa/zanu-pf-appeals-to-government-to-allow-imports-17419832). These ‘enemy agents’ have replaced ‘sanctions’ as the cause of the country’s troubles.

The EU report on the elections reinforces the view from Harare North that the UK has backed the wrong horse in Mnangagwa and his Zanu PF-lite (https://www.newsday.co.zw/2018/10/zim-election-results-murky-eu/). The UK will probably facilitate a financial bail out for Zimbabwe but we at the Vigil have little confidence that even a big loan will end our problems. Ten months into the new regime and how many of the corrupt Zanu PF elite are in jail? How many bankrupt parastatals have been reformed? Meanwhile, the economist Godfrey Kanyenze, a former board member of the reserve bank, says the Mnangagwa regime has already run up a debt of over $4.5 billion since last November (see: http://www.mikecampbellfoundationresources.com/page/debt-rises-dramatically).

FOR THE RECORD: 13 signed the register.