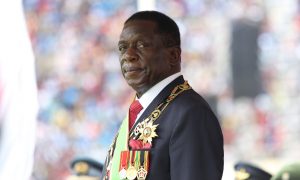 Harare – Zimbabwe’s largest opposition group, known as the MDC Alliance, says recent assurance from the Zanu-PF government that it would concede defeat if it loses at the upcoming polls was inadequate.

It says that given the role of the military in seizing power last November, the Commander of the Zimbabwe Defence Forces General Valerio Sibanda needs to make an “unequivocal and unconditional undertaking to the people that the military recognises and accepts the sovereignty of the people of Zimbabwe to freely choose their government.” Such an assurance from Sibanda would be “enough” according to MDC Alliance spokesman, Welshman Ncube.

He said: “While we appreciate that this statement (made in London on Monday by foreign minister Sibusiso Moyo)  “:represents progress from a functionary of Zanu-PF and a former military strongman..that undertaking (from Moyo) is insufficient…”

Moyo, a retired general and who was the public face of the armed forces which took control of Zimbabwe last November, told a public meeting in London on Monday that the results of the election would be respected even if Zanu-PF lost and its leader, President Emmerson Mnangagwa failed to be elected president.

“If an opposition candidate is victorious in the elections President Mnangagwa, is prepared to accept. Political contestation must not override national interests. People can come and go, but the state is more important,” he told a sizeable crowd of mostly Zimbabweans at the Royal Institute of International Affairs, Chatham House.

Mnangagwa has repeatedly said the upcoming elections would be “free and fair.”