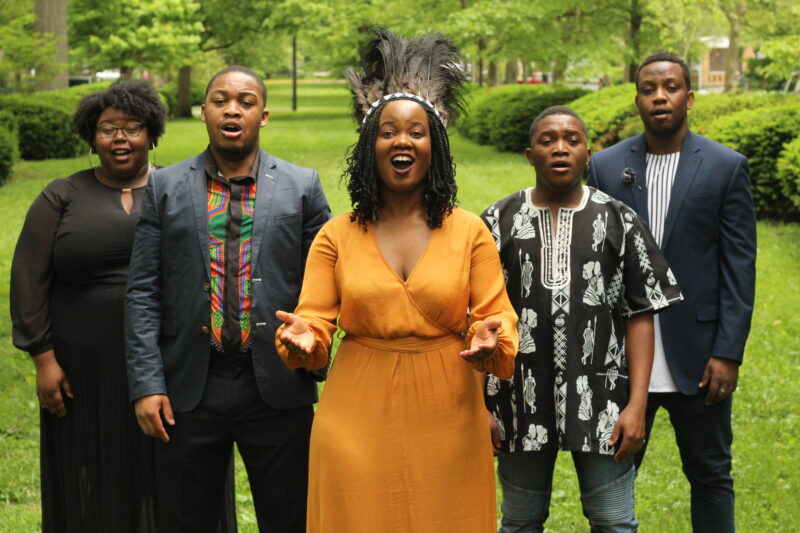 On Saturday, September 24 at 7:30 p.m. in Richardson Auditorium, the Princeton University Glee Club collaborates with Mushandirapamwe Singers of Zimbabwe in a performance that weaves together personal narratives and national histories from the perspective of Dr. Tanyaradzwa Tawengwa, featuring the Mbira instrument of Zimbabwe.

This concert is the first of the current season’s “Glee Club Presents” events, in which the students of the Glee Club collaborate with and learn from a diversity of renowned vocal artists.

Created and directed by former Glee Club President Tawengwa ’14, the Mushandirapamwe Singers takes its name from the hotel of the same name in Harare, Zimbabwe, which served as a beacon for the artists and freedom fighters of Zimbabwe who strove to define and assert the nation’s cultural identity during the 1970s, in resistance to British colonial rule.

The hotel holds personal significance to Tawengwa because it was built by her grandfather, George Tawengwa. The members of the Mushandirapamwe Singers were first brought together by their founder at the University of Kentucky in 2016, and include many of the leading African vocalists based in the USA. Tawengwa is a singer, scholar and composer, and is considered one of the leading exponents of the emblematic instrument of Zimbabwe — the Mbira.

The Mushandirapmwe Singers will sing in collaboration with the students of the Princeton University Glee Club, under Tawengwa’s direction. Tickets $5-$15. Visit music.princeton.edu or call (609) 258-9220.