Zinara up to date with DBSA payment 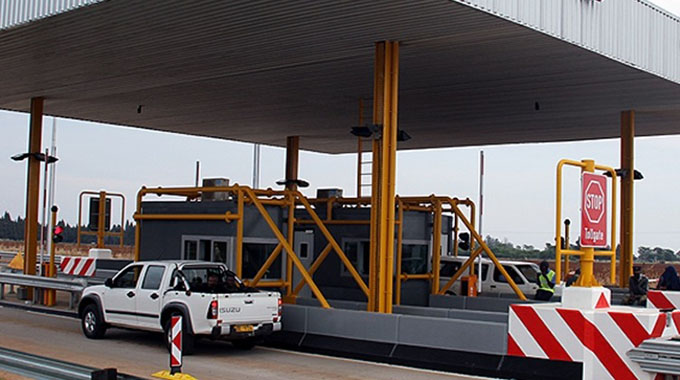 Hebert Zharare
The Zimbabwe National Road Administration (Zinara) has repaid half of the $206 million loan from the Development Bank of Southern Africa (DBSA), secured to finance the rehabilitation of the 860 km Plumtree – Harare – Mutare Highway.

This comes as the Private Public Partnership (PPP) between Zinara and Univern Enterprise continues to yield dividends.

Due to the efficient data capturing and revenue collection following the PPP, the administration has religiously paid its instalments to the DBSA towards the amortisation of the 10 year loan.

The scope of works on the rehabilitation of the highway, which  started during the Inclusive Government era, involved 50 percent resealing, 29 percent shoulder widening and surfacing (7m to 10m), 21 percent reconstruction in some sections and 9 percent state-of-the-art tollgates installation.

The project was carried out by Infralink, a joint venture between Zinara and Group Five International of South Africa.

Speaking to The Herald Business on Monday, Transport and Infrastructure Development Minister Joram Gumbo, spoke highly of the PPP that has seen the country religiously servicing its loan and implementing some strategies that have eased challenges in vehicle licensing and registry.

Minister Gumbo is on record that Zinara-Univern Enterprise partnership has
revolutionised the country’s tolling system resulting in improved revenue collections for road maintenance. Zinara
revenue moved from an annual turnover of $34 million in 2011 to over $100 million to date as more Zimbabweans buy motor vehicles.

Said Minister Gumbo: “One major responsibility of Zinara at this particular moment is collecting and repaying the DBSA loan. The loan was for a 10-year period. I think we have gone nearly about halfway.”

He said there was a misconception that Zinara’s responsibility was to maintain roads, adding the administration was only there to collect revenue through tollgates and licensing among other duties.

“I am happy like what you have rightly said some of its functions include licensing, vehicle registration books that are now found under one roof.

“At times when we go to functions like the Agriculture show and Zimbabwe International Trade Fair we will be assisting the people. The decentralisation that Zinara has done is assisting service delivery very much,” he said.

Zinara is a corporate body established in terms of the Roads Act [Chapter 13:18]. The body was established in 2002 and prioritised the enhancement of good road network system throughout the country.

Its core business, in consultations with the Minister of Transport, is fixing road user charges and collect such charges or any other revenue of the road fund.

Minister Gumbo said the new IT system Zinara and its partners installed under the PPP could also help fight vehicles thefts and other traffic offences.

Although police reports on vehicle thefts are reportedly not on an increase, the new IT systems can help investigators to check whether a stolen vehicle is still within Harare, or will have left the country through which route, assuming the hi-jackers passed through a tollgate. There was a time when vehicles especially four wheel drives were being stolen and sold in Mozambique and the Democratic Republic of the Congo among other countries.

Minister Gumbo said the PPP was the way to go given the situation Zimbabwe finds itself in that required massive reconstruction.

“Remember we are not yet through or clean from sanctions. The PPP concerns foreign companies.  I have advertised for a number of roads; Harare-Ring Road, Harare-Nyamapanda, Bulawayo-Victoria Falls that is the model that I think will assist me as a ministry on roads,” he said.

“We have advertised airports for PPP, railway lines, PPP is the way to go. A lot of companies who yesterday were not interested in talking to us have now shown their interest. They are just waiting for our elections to be done in July. If the elections are peaceful they will come,” he said.

He said Birchenough Bridge is very old now and it needs to be replaced by a new one although it will remain usable before eventually being decommissioned at a later stage.

“We have already done our feasibility study and it requires $40 million and there are companies that are interested in constructing that one,” he said.

The Victoria Falls Bridge, because of huge traffic flow and that it is now over 100 years, also needs replacement, but still remain usable.

“Since we are dualising the road and there is a lot of development taking place in the northern countries, Zambia, DRC and Tanzania, we want to have new avenues. In case of any disaster, we must have many escape avenues.

“We do not want to hold onto traffic. If you go to Victoria Falls now there is a lot of traffic that is lined up to cross.  We want these corridors assist de-congest traffic.