Zupco struggling to fill the gap

Source: Zupco struggling to fill the gap – The Zimbabwe Independent 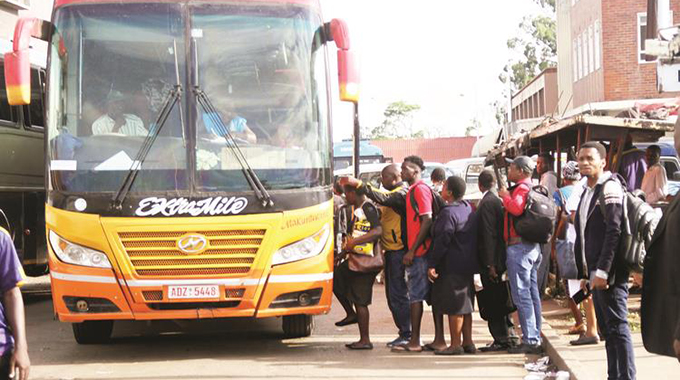 PUBLIC transport has been a major headache in Zimbabwe for decades. The situation has now been worsened by Covid-19 restrictions which exclusively allow Zimbabwe United Passenger Company (Zupco) registered buses to carry passengers.

Prior to the ravaging Covid-19 pandemic, there was a huge number of commuter omnibuses, estimated at around 50 000 but the number has plummeted to 1 500 with 900 of these operating in Harare.

The commuter omnibuses were barred as a way of containing the spread of Covid-19 as Zupco buses are said to be disinfected twice per day and also observe physical distancing, something that is believed is not feasible with commuter omnibus operators.

From the first lockdown in March 2020, there seems to be a growing crisis around the public transport system as workers struggle to move to and from work. Zupco is struggling to fill in the gap left by omnibuses.

As an option to deal with the problem, commuters are opting to travel on vehicles not registered for the purposes of public transportation services. In street parlance, such mode of transport is referred to as “mushikashika”.

The government has reacted strongly to the mushikashika menace with commuters being fined ZWL$2 000. This week, about 200 passengers were fined by the police while over 20 buses were impounded. The buses are not registered with Zupco to ferry passengers.

This tells of a shambolic public transport system which has deteriorated over the years due to a number of factors.

Urbanisation in 1975 was low with a third of the world population living in towns and cities before the number increased to 50% in 2000. It is estimated, according to the World Development Report, that by 2025, two thirds of the world population will be living in urban areas. This rapid urbanisation for countries including Zimbabwe, South Africa and Kenya, requires corresponding investment in public transportation.

Zimbabwe is falling short on this front.

Zupco, which succeeded the United Transport Group after independence in 1980, and boasted of a 1 200 feet in the late 1990s, has been badly affected by mismanagement.

Bus operators currently operating on the Zupco franchise have bitterly complained about late payments. Omnibus operators also grumble about the cumbersome process to register vehicles, a move likely to be a ploy to discourage such transporters.

Government measures to control the public transport system are inadequate to deal with the crisis.

More investment is needed in other options such as rail transport for commuters and an expanded road network to reduce congestion. Workers are spending productive time stuck in traffic congestion due to an overwhelmed road system.

The colonial built urban transport network requires upgrading to match the rapid rate of urbanisation and increased number of cars.

The National Railways of Zimbabwe (NRZ) has to invest in building an efficient passenger rail system to ease the burden on Zupco and other public transporters.

Several investment options have been proposed on the Harare-Chitungwiza railway line but these remain paper tigers. What is needed is speedy implementation.

The world is moving, and at a fast pace; high speed trains are an optional mode of transport in countries we seem closely associated with such as China.

Millions of workers do not drive to work in China and other developed nations in Europe but depend on trains, and even bicycles.

What Zimbabwe needs is to implement a robust public transport policy to transform the economy and enhance efficiency.

The public transport sector is a major contributor to economic development and workers require a proper transport system to and from work.