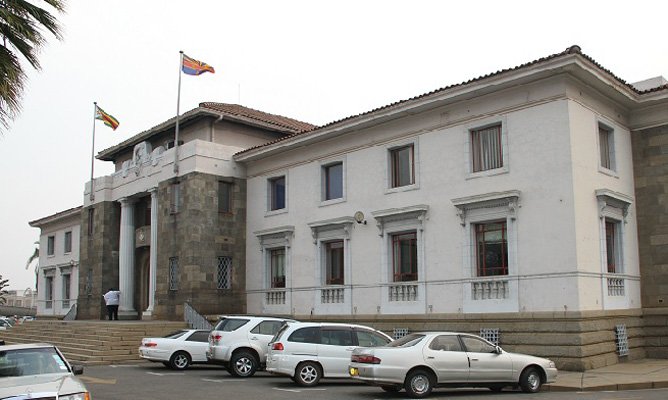 Makone, who won the municipal election to represent ward 18 — that includes Borrowdale, Borrowdale Brooke, Crowhill, Glen Lorne, Philadelphia and Hogerty Hill, leads the pack of those vying for the city’s top ceremonial post together with Jacob Mafume, the elected councillor for Mount Pleasant and outgoing deputy mayor, Enock Mupamawonde.

“Based on party seniority, capacity and acumen, Makone is likely to be endorsed to be elected as mayor although we have other people who would wish to be mayors among the new councillors. Makone’s advantage is that, politically, he is strong and he understands the MDC history, he is also a good administrator with vast experience in the commercial sector. So most councillors are likely to vote for him,” a councillor said.

Makone was also Tsvangirai’s family friend and was viewed as a key member of the opposition party’s “kitchen cabinet”.

“His weakness is that he is weak when it comes to approach of issues and the political contestation. He is not a person who could stand the political terrain at Town House given how Zanu PF has been operating of late. We need someone who can take the bull by the horns and not a smart politician” another councillor said.

Another name featuring most was that of the outgoing deputy mayor, Mupamawonde, who is the councillor for Mufakose and was being backed by city fathers from the high-density suburbs who now want the hot seat.

“But he is too weak to tackle the political contestation at Town House, but his advantage is that he has experience and at least he would be able to know the hot areas that need restrain when approaching as a politician,” another councillor said.

Yesterday, Mupamawonde said he was not aware of his name being thrown in the ring as no one had approached him to consider that while Makone’s number was unavailable.

“We are yet to start to talk or discus about that issue, I have no idea who will be the next mayor for Harare. Maybe you know better,” Mupamawonde said.

Speaking to NewsDay, Mafume hinted that he would gladly accept the nomination from his party to fill in the post once occupied by Bernard Manyenyeni.

“Surely, if the MDC Alliance leadership puts my name forward for the position of mayor or deputy mayor, I will not refuse because I have the confidence that I will deliver and also that I have the skill and the qualification to be the next mayor of the City of Harare,” he said.

Mafume, who recently beat #ThisFlag movement leader, Evan Mawarire to win the ward 17 seat, Mount Pleasant, on an MDC Alliance ticket has been receiving messages like “Morning the incoming Mayor for Harare” and “Congratulations my friend, our mayor” on Facebook.

Mafume said he was not the only candidate who possessed the right qualities for the post.

“We have a number of councillors who are able to lead, councillors with diverse backgrounds, and diverse skills which will enable them to lead the City of Harare, but I possess better qualifications and I will be able to harness all these skills to create a better city,” he said.

Manyenyeni told NewsDay that the mayoral post should be occupied by someone who could perform better than him.

“I cannot speak on individuals, but one thing I want is that the person who is to take up the mayoral position after me should be better than me and they should have the interest of the people of Harare at heart,” he said.