Source: After historic election, what next for Malawi? – NewsDay Zimbabwe 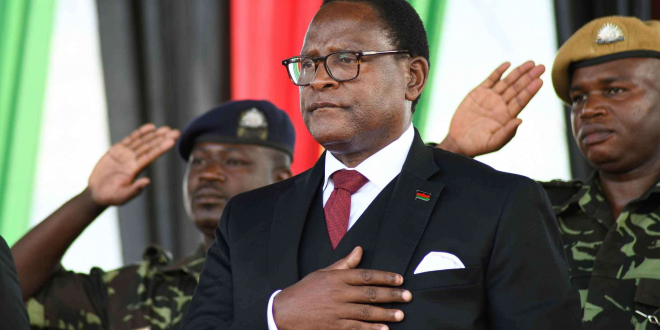 lilongwe — How significant is Malawi opposition leader Lazarus Chakwera’s win and what are the challenges ahead as he takes the reins of a divided country?

Chakwera has been sworn in as the country’s new President after beating the incumbent Peter Mutharika in an historic rerun vote.

Chakwera garnered 2,6 million of the 4,4 million votes cast, representing about 59%, against Mutharika’s 1,7 million votes, or about 39%, Malawi’s Electoral Commission said late on Saturday.

“The outcome is not surprising at all. It is what most Malawians were expecting. The only thing people are surprised with is the win margin,” Jimmy Kainja, a lecturer in media, communication and cultural studies at the University of Malawi, told Al Jazeera.

It was the second time in 13 months that Malawians went to the polls to cast their ballot on Tuesday in a presidential election.

In February, the south-eastern African country’s Constitutional Court threw out the results of the May 2019 election alleging widespread irregularities — a move only seen once in Africa before and never in Malawi.

The electoral commission initially declared Mutharika, who has been in power since 2014, winner of the discredited poll, claiming he garnered 38,5% of the votes.

The announcement led to months-long street protests with demonstrators claiming their votes were stolen.

In a bid to unseat Mutharika — the brother of former President, the late Bingu wa Mutharika — Chakwera’s Malawi Congress Party (MCP) along with several opposition parties formed a coalition, the Tonse Alliance.

Chakwera’s decision to team up with Saulos Chilima, who finished third in last year’s poll, seem to have earned electoral benefits.

“This election was a historic one. Our democracy and Judiciary system finally came of age. Malawians and the rule of law won,” Kainja added.

Away from Lilongwe, the significance of Chakwera’s win has not been lost on the continent’s long-suffering opposition groups, who have sent congratulatory messages to the newly elected leader.

Back home in Malawi, the new leader has formidable challenges ahead. The historic election and the heated campaign period exposed bitter regional divisions in the country of 18 million people.

The southern part of the landlocked country voted overwhelmingly for Mutharika’s ruling Democratic Progressive Party (DPP), while the central region went for the Tonse Alliance.

The new leader will need to bridge the political divide, according to analysts.

“The new President has to move in quickly and bring together all Malawians, especially those from the regions that did not vote for him. The election created dangerous regional divisions that need to be addressed,” Boniface Dulani, research director at the Institute of Public Opinion and Research (IPOR), told Al Jazeera.

Meanwhile, Kainja from the University of Malawi, said Chakwera, a preacher for more than two decades before venturing into politics, was well-placed to overcome this challenge.

“Chakwera will be able to handle this without any big problems. There are leaders from almost all regions of the country in the alliance. For example, Joyce Banda comes from the southern part of the country. It will be a challenge, but one which he can handle,” he said.

With the election now out of the way, Malawians can turn their attention back to fighting the coronavirus. The campaign period was marked with large public rallies with preventive measures like social distancing not adhered to.

As of Saturday, Malawi recorded at least 1 005 cases and 13 fatalities, according to a tally by the African Union’s Africa Centres for Disease Control and Prevention.

“During the campaign period, it was as if there was no COVID-19 in Malawi. People were behaving as if everything is normal. Some were even dismissive. The new leader needs to prioritise this and save lives,” Dulani, the researcher at IPOR, said.

Expectations are high that the new administration will tackle rampant corruption in the country, which is ranked 123 out of 180 countries in Transparency International’s Corruption Perceptions Index.

“The new government must empower the country’s anti-corruption body. People are really tired of just talking about corruption. They want an end to it. It was one of the main reasons why people voted the previous government out of office,” Dulani added.

Public confidence in the country’s police force is also at an all-time low. Following the announcement of last year’s election results, protesters and police were involved in violent clashes.

Polling stations and voting materials were secured by the country’s army, which had come out of barracks after protesters took to the streets to voice their anger over the 2019 election results.

All eyes are now on the Tonse Alliance to see whether it will keep its promise of overhauling the police force.
For many, the hope now is for Mutharika to be a strong opposition voice in Parliament.

“We need a strong opposition in Parliament to keep the ruling party in check. We need a vibrant democracy. My hope is Mutharika stays in politics and does not move abroad,” Dulani said.