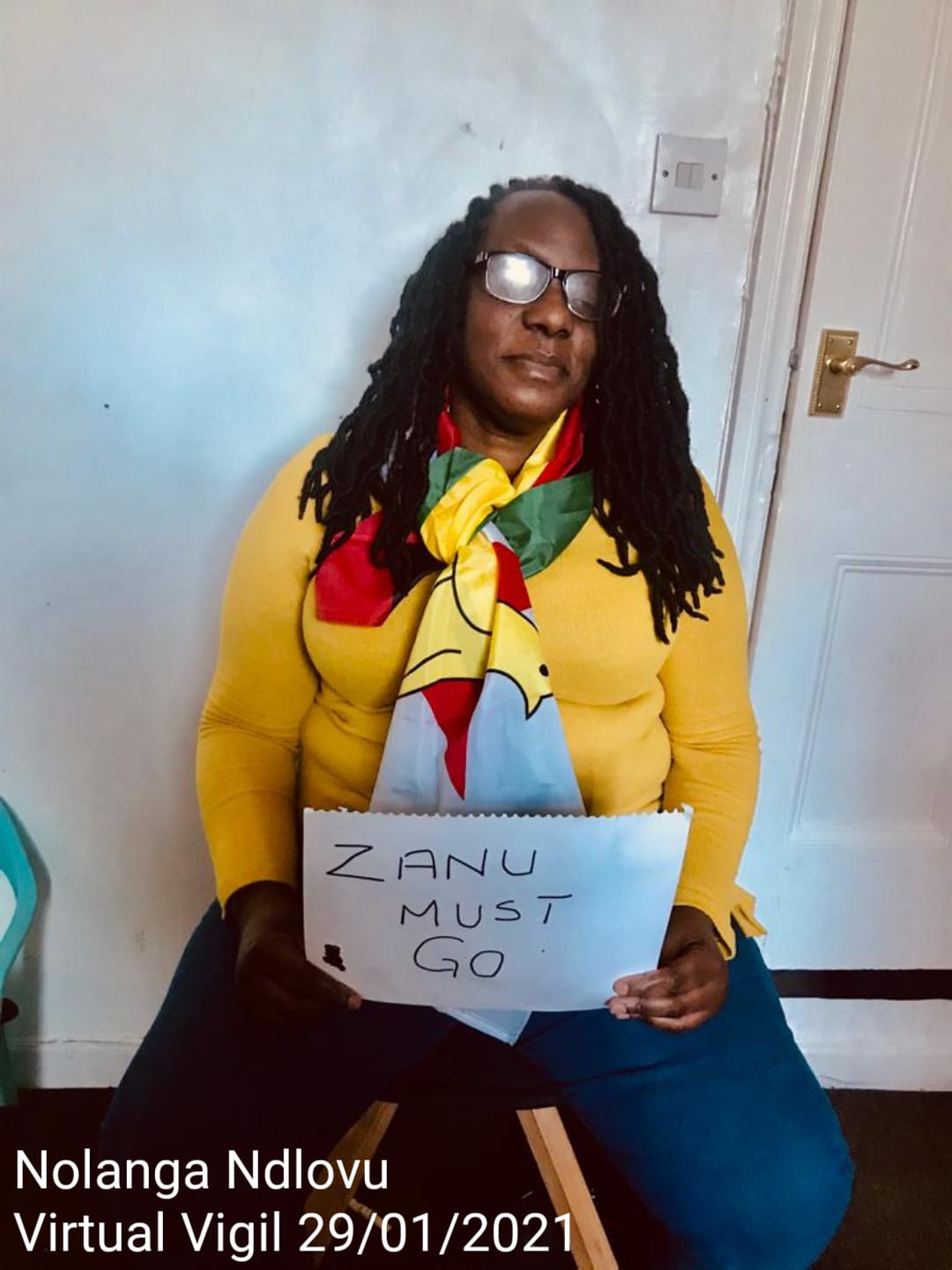 Nelson Chamisa has appealed to President Ramaphosa’s government not to ignore the political and economic crisis in Zimbabwe by ‘burying its head in the sand and having an ostrich mentality’. He was talking to the South African national broadcaster SABC on a visit following the launch of his new party Citizens’ Coalition for Change.

Chamisa said his former party the MDC had been infiltrated by Zanu PF. ‘The basket of bad apples has now been flushed out. We are left with purity. I must thank Mr. Mnangagwa for the splendid job to take away those who have been retarding progress, those who want money, those who want opportunities, those who want trinkets and trappings of office. We are on a mission, an emancipation project, a freedom project to free Zimbabwe. We are doing everything to make sure that no stone, no corner is left unturned. We don’t want the ballot to be replaced by the bullet.’

Appealing to the South African government, he said: ‘Zimbabwe is broken. Let us fix Zimbabwe. We need the support and helping hand of Africa. South Africa must come to the show. Help us to resolve our fundamental issues. Support the struggle for democracy in Zimbabwe. It is not about a political party, Zanu PF. Zanu PF has ceased to be a vehicle for the emancipation of the people’. (See: https://www.newzimbabwe.com/dont-have-an-ostrich-mentality-chamisa-to-ramaphosa-on-zim-crisis/.)

Zimbabwe’s human rights record came in for strong criticism at a UN meeting in Geneva. The executive director of the Zimbabwe Human Rights NGO Forum, Musa Kika, interviewed by Newsday, said torture was one of the main issues. ‘More than half of the countries that spoke raised the issue. Zimbabwe has refused to ratify the convention, yet torture is quite prevalent in the country. There is torture in detention, torture done by the police when they are doing their patrols, torture done by the army, we have torture that is outside the State institutions, the political side, opposition activists have been tortured, and our laws in Zimbabwe are not adequate.’

Asked about the presentation at the meeting by Justice Minister Ziyambi, Kika said: ‘Unfortunately, the national report turned to whitewashing the human rights situation. It was painting a glorious picture of human rights in Zimbabwe. That national report alone, without reading other reports or without knowing the situation in Zimbabwe, you would think that Zimbabwe is heaven on earth.’

‘It reported mainly on what government was doing, sometimes inaccurately. There was very little emphasis on what government has failed to do or has neglected deliberately. For example, there was a statement that no single journalist has been arrested for practising journalism. We know that is not true because there are several reports that have been made about that. We now have the Private Voluntary Organisations (PVO) Bill which has been gazetted and seeks to restrict the work of CSOs. Government did not even speak about the effects of that Bill. It went on to claim that the Bill was created after widespread consultations, including the civil society. We know it’s false, none of us in the civil society were ever consulted. There were several other lies and misleading statements in the report.’ (See: https://www.newsday.co.zw/2022/01/interview-african-countries-must-condemn-zim-atrocities/.)

Confirmation of Musa Kika’s comment on the bad treatment of journalists in Zimbabwe came in another report in Newsday about the harrowing experiences of Zimbabwean journalist Jeffrey Moyo (see: https://www.newsday.co.zw/2022/01/i-was-jailed-for-practising-journalism-and-the-nightmare-is-not-over/).

The Vigil, outside the Zimbabwe Embassy, 429 Strand, London, takes place every Saturday from 14.00 to 17.00 to protest against gross violations of human rights in Zimbabwe. The Vigil which started in October 2002 will continue until internationally-monitored, free and fair elections are held in Zimbabwe: http://www.zimvigil.co.uk.