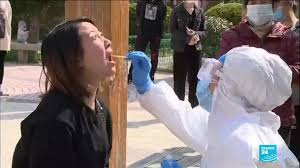 A CHINESE mining company, Afrochine Smelting has been embroiled in a COVID-19 testing scandal after it allegedly assigned unqualified personnel to carry out tests for the respiratory virus on its 600 workers.

Workers at the Ngezi-based mining company told NewsDay that the administration manager, Angui Zhang Zong, gave an order to have the tests carried out at the company premises.

They said workers from the safety, health, environment and quality (SHEQ) department, mainly students on attachment, were compelled to administer the tests despite lacking the professional know-how.

An audio recording in NewsDay’s possession revealed that during the company’s COVID-19 response plan meeting, Zhong ordered that the tests for the virus should be done at the company.

“We will test the people here, and then we quarantine the affected people. The rest of the response plan, we will look at it when we have cases,” Zhong is heard saying.

However, workers said they were surprised when a group of Chinese workers at the company drove to Harare on January 15, to have COVID-19 polymerase chain reaction tests administered on them. It is then alleged that five of the Chinese workers tested positive.

“On January 18, the administration manager held a meeting with personnel in the SHEQ office, and ordered them to carry out COVID-19 tests on the 600 workers which were to commence the following day,” one of the workers said.

“The wife of the administration manager, Mrs Xian Zhang, who is head of stores department, placed some COVID-19 IgM/IgG rapid test kits on the table and gave a demonstration.

“The results of the demonstration came out negative. However, it is not known whether this Mrs Xian Zhang has a medical qualification, nor has been trained for COVID-19 treatment and management.”

According to Statutory Instrument 102 of 2020, which enforced the original COVID-19 lockdown period, employers must use the rapid results diagnostic test or any other test approved by the Minister of Health and Child Care.

However, the exercise should be coordinated by the Health ministry.

“What surprises us is that on January 20, the SHEQ director Pardon Kufakunesu gave a direct order to Petros Kumbwizha (computer science intern) and Thabeth Matoda (environmental technology intern) to conduct the testing,” said another worker.

“When the exercise commenced, the testing team did not know their COVID-19 status until late in the afternoon. It was then discovered that one of the testing team members had tested positive for the virus and had to be replaced, although he had tested 150 workers.

“Some of those who were testing had no personal protective equipment. As for students on attachment, they were mostly the ones at risk as they were exposed to blood. They were doing it for the first team.”

Chinese-run mining companies operating in Zimbabwe have been accused of rampant abuse of their workers.

Last year, two workers at Chinese Rum Mine in Gweru were shot and wounded by their Chinese boss after they complained about outstanding wages.

Contacted for comment, Gilbert Kwaramba, the Afrochine Smelting human resources manager referred NewsDay to Kufakunesu, who despite seeing the questions on his WhatsApp platform did not respond by the time of going to print yesterday.