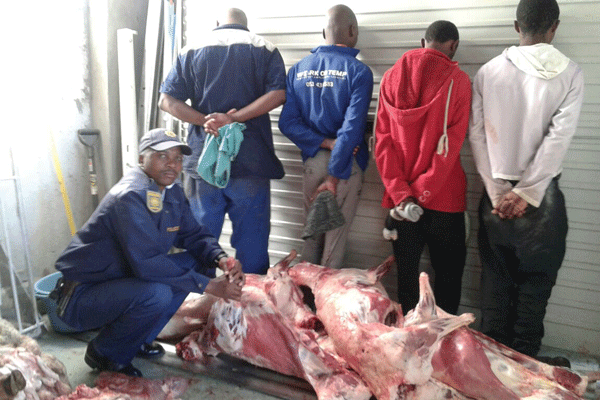 By SILAS NKALA
CROSS-BORDER stocktheft has prompted Botswana to appoint a commission of inquiry to inquire into the escalating problem.

The initiative comes at a time when the two countries have been experiencing numerous cases of cattle rustling, which has resulted in communal farmers along the border losing livestock.

This was announced through a Press release which read: “Notice is hereby given that in accordance with section 2 as read with section 16 of the Commissions of Inquiry Act, His Excellency the Acting President Tsogwane has issued a commission of inquiry into allegations of livestock rustling in some villages in the Bobirwa constituency along the Botswana-Zimbabwe border.

“His Excellency the Acting President has appointed the commission of inquiry chaired by Gabriel Seeletso.”

He said part of the terms of reference of the commission would include investigating livestock rustling in the Bobirwa villages along the Botswana-Zimbabwe border, to determine the extent of the problem, and to establish how long the problem of livestock rustling had been in existence in the area, its causes and the key players.

The commission is also expected to establish what should be done to address the problem, as well as establish whether there is a cross-border livestock rustling management or mitigation strategy by law enforcement agencies, and what gaps exist in that strategy.

Members of communities in the affected areas will also be consulted on the socio-economic, political and security risks that result from livestock rustling, and the consequences on their livelihoods, and measures that could be put in place to mitigate these risks.

The commission will also establish whether there has been any displacement of farmers affected by livestock rustling, and how diplomatic relations between Zimbabwe and Botswana have been affected.

“Based on the findings, lasting recommendations will be made to the President of that country (Zimbabwe) on the mitigation measures to address the problem of livestock rustling in the affected areas,” the Press release further read.

Cattle rustling has caused tension between the two countries for the past decade after Botswana introduced a shoot-to-kill policy on any Zimbabwean livestock that strays into the neighbouring country’s territory.

Botswana has defended the policy saying it is meant to stop the spread of foot and mouth disease.