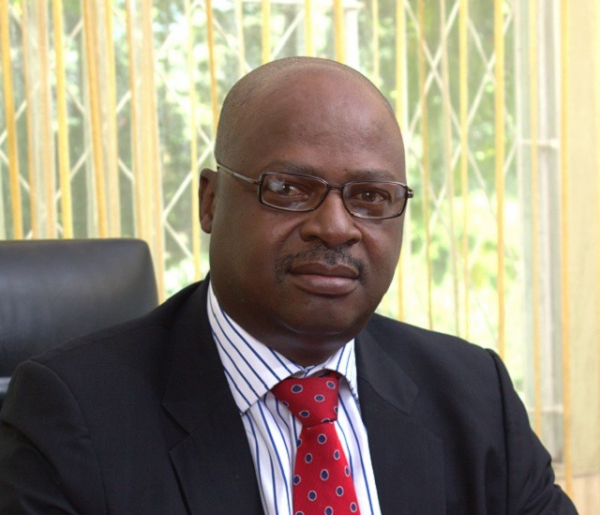 BY SHAME MAKOSHORI
ZIMBABWE’S debt profile escalated in the last year to almost $1,9 trillion, or about US$17,5 billion, mostly on account of non-payment of arrears by major State firms.

Zimbabwe’s mostly insolvent firms have been allowed to borrow, riding on state guarantees.

But looking at the State of their balance sheets, very few lenders would agree to take a risk without government backing.

Now, the country is facing a more profound crisis which could mutate into a scourge should arms of the State such as Parliament fail to place a lid on further borrowing.

A significant amount of these loans have not been paid, and the taxpayer is being saddled with more debts with each month that passes.

Data from the Annual Debt Bulletin 2021 Financial Year, produced by the Zimbabwe Public Debt Management Office, showed the deteriorating situation, which, added to a US$3,5 billion after the government agreed to pay off former white commercial farmers, pushed the country into an unsustainable debt profile.

Arrears from nine State firms and local authorities from China EximBank alone reached US$266 million in December 2021, according to the report, which looked at debt trends between January and December last year, indicating inability by local firms to service debts.

But most of these State firms are operating on commercial lines, competing in the same sectors where private sector players have been reporting profits and expanding.

Analysts say laxity in State firms’ boards, who have depended on government handouts for many years, is driving them, and the economy to the swamps.

Telecoms firm, NetOne owes the Chinese lender US$60 million in arrears to two tranches extended by two phases of its expansion projects.

Combined advances under the projects totalled about US$1,5 billion, according to the report.

The much talked about Victoria Falls International Airport expansion, had debts amounting to  just over US$1 billion at the end of last year, about five years after completion, with US$54 million in arrears.

The National Defence College owed US$7 million from a US$675 million loan from the same lender.

More debts and arrears have built up at firms like TelOne and power utility, Zesa Holdings Limited, along with the City of Harare, which had accumulated US$67 million out of a package advanced in 2011, the report noted.

These figures were part of a combined US$6,6 billion arrears advanced to domestic firms at various times in the past few years.

The debt office said it was concerned.

“The stock of total public and publicly guaranteed (PPG) debt (domestic and external) amounted to $1,86 trillion as at end December 2021, including RBZ external debt and compensation of former farm owners,” it said.

“The domestic debt figures do not include claims on central government by the RBZ amounting to $15 billion, as at end December 2021. This is pending reconciliation between the central government and the RBZ, which will inform expenditure items under the relevant line ministries,” it noted.

Experts said a debt of $1,8 trillion means Zimbabwe has slipped into dangerous territory.

“By any standard, this debt has outfoxed many of the Southern African Development Community benchmarks, which means it is affecting regional integration and leaving Zimbabweans poorer,” said Tapiwa Sibanda, head of research at Trade Winds.

He said it was worrying that the debt was of the same value as the country’s gross domestic product.

Sibanda said there would be huge implications of a high debt, such as the imposition of high and more taxes.

On Thursday last week, even OK Zimbabwe Limited, the country’s largest retail chain, warned authorities against forcing through a cluster of taxes.

“The group continued to endure excessive intermediated money transfer tax during the year,” OK Zimbabwe chairman Herbert Nkala said in a commentary to financial statements for the year ended December 31, 2022.

“The increase in the transaction thresholds had a dramatic impact on the competitiveness of the formal retail sector, driving inflation and undermining the pro­fitability and attractiveness of Zimbabwe as an investment destination.

The group continues to appeal to the authorities to reduce these transaction thresholds to create an even playing ­field for the retail trade which will benefit customers. An effective corporate tax rate of 34,3% is unsustainable,” Nkala said.

Apart from the fact that high debts lead to high taxes, which also translates to rocking prices in supermarkets, which sparks off inflationary surges, Nkala raised an important issue.

The report also showed that Harare was contending with “protracted challenges” to slow down rocketing arrears, as “token payments” to the Paris Club totalled US$4,8 million in 2021.

The southern African country, said by the International Monetary Fund to be in debt distress, now has to settle a further US$420, 4 million to pacify the Paris Club before tackling more unsettled commitments estimated at over US$17 billion across lenders.

Harare had defaulted servicing debts to Paris Club and other creditors for about 15 years until it paid up its dues to the IMF in 2015, hoping to open the floodgates for fresh lines to save a heamorrhaging economy.

But major lenders have demanded that it clears debts to the World Bank, the African Development Bank, the Paris Club and others before approaching them.

Their stance forced Harare to announce in September last year that it would kick off token payments to the Paris Club under a refreshed plan to exhaust debts and reintegrate into the global financial system.

This demonstrated how desperation had crept in over Harare’s vicious debt trap, and how authorities have been battling to make amends.

“During the period January to December 2021, Treasury made total external debt service payments amounting to US$59,30 million, comprising of US$49,7 million for the active portfolio and US$9,60 million as token payments to the Multilateral Development Banks (MDBs) and Paris Club creditors,” the office said.

Harare has blamed a grueling economic crisis for its ballooning debts, which reached over $1,9 trillion (about US$17 billion) at the end of last year, attracting US$6,6 billion arrears.

But critics blame extensive plunder, corruption and mismanagement for the crisis.

Lenders want these to be addressed before Zimbabwe returns to the fold.

But unless Finance Minister Mthuli Ncube convinces the club to forgive Zimbabwe, or structures a plan that gives him capacity to quickly extinguish the debt, a payment rate of about US$5 million a year would mean Harare would only clear its debts in 84 million years.

In the past few years, the southern African country has been trying to fast track debt payment by mortgaging swathes of platinum and goldfields, a position that resource campaigners have warned against.

They argue that future generations are being sacrificed.